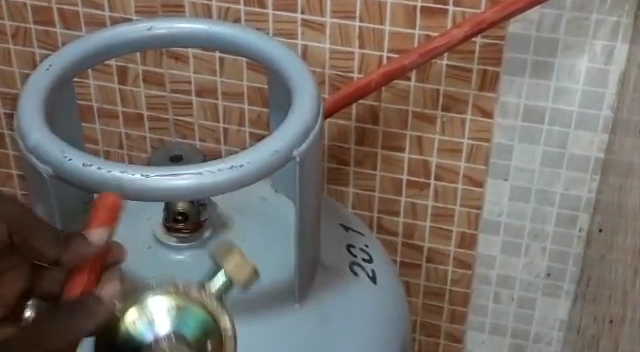 The Ghana National Fire Service is advising the public to desist from putting stones on their leaking gas cylinders and get new regulators.

According to the Service, it is recording high numbers of domestic fires in the Central Region.

Speaking on a working visit to the Effutu Municipal Assembly in the Central Region, Central Region Fire officer, ACFO John Amarlai Amartey, told Joynews, that the rate of such accidents is alarming and should be avoided.

The Central Region, he stated, recorded 608 domestic fires in the first half of 2022.

These 608 cases recorded represents an increase from the 502 cases that were recorded in 2021.

Mr Amartey appealed to Ghanaians to endeavour to change the seals on their cylinders to avoid the occurrences of domestic fire outbreaks to save lives and properties.

He entreated cylinder users to consistently change their regulators and stop putting stones on their cylinders if they start smelling leakages.

“You go to some homes where faulty cylinders are not worked on. People use stones to put on their cylinders in their bid to avoid leakages. These are the things that are causing many domestic fires,” he stated.

DISCLAIMER: The Views, Comments, Opinions, Contributions and Statements made by Readers and Contributors on this platform do not necessarily represent the views or policy of Multimedia Group Limited.
Tags:
ACFO John Amarlai Amartey
Ghana National Fire Service (GNFS)