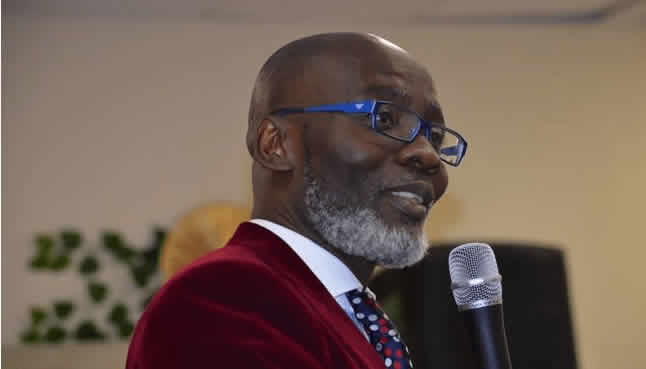 The Ghana Stammering Association (GSA) is demanding a genuine apology from the Founder of Danquah Institute, Gabby Otchere-Darko for what they say is a disparaging comment against Stammerers in Ghana.

This follows his response to some comments made by former President John Mahama.

Earlier, Mr. Mahama in an article had urged President Akufo-Addo to overlook his embarrassment for failing to address the country’s economic challenges and urgently engage stakeholders to revive the economy.

But replying the former President in a tweet on February 7, 2022, Mr. Otchere-Darko likened Mahama’s criticisms to a stammerer complaining about how musician, Sarkodie raps in his music.

“Listening to John Mahama preach on the economy is like hearing a stammerer (apologies to stammerers), not only boldly criticising @sarkodie’s rap, but trying to convince music lovers that @sarkodie must learn to learn how to verbalise from him, the stutterer,” the tweet said.

Although Gabby Otchere-Darko apologised in his tweet, the Association said it finds the apology rather derisive to stammerers.

“The GSA strongly condemns this act and deem it very disparaging and demeaning to Persons Who Stammer (PWS) and the disability community as a whole… We therefore, entreat him to take down his tweet and offer a genuine apology to all PWS all over the nation, particularly the GSA,” the Association said in a statement.

According to the Association, its aim is to remove the negativity and stigmatization that is stereotypically associated with stammering.

The statement further urged citizens and non-citizens to assist the Association to achieve its objectives of ensuring social equality and peaceful co-existence among all persons irrespective of disability, sex, race and ethnicity.