The advisory role of Council of State is redundant – Prof. Agyeman-Duah 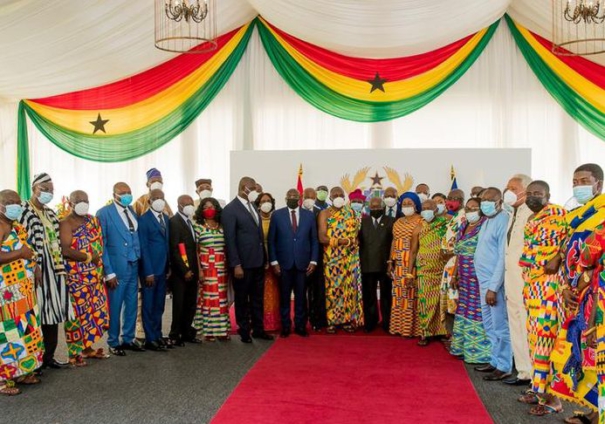 According to him, taking into consideration the fact that often Presidents have appointed special advisors to advise them on various issues, the role of the Council in that light becomes tenuous.

Speaking on JoyNews’ PM Express, he said, “What is the real mandate of the Council? In essence to provide advice to the President; and as the constitution requires, certain nominees of the President should go to the Council for ratification, so to speak. These are the two key functions.

“Take the advice, a President of this Republic can invite you Evans, anybody, out of the 33 million people we have for advice. So having a body constituted with a whole bureaucracy and secretariat maintained over years just to provide you advice, I’m kind of curious about that.”

He added that “Second, the President besides the Council of State also appoints special advisors that he thinks are necessary for him. So we have the senior advisor advising him on economic affairs, whatever advisory position that he wants to create, he does. So when you look at it then the role of this Council is in a way is nebulous. It’s redundant, so to speak.”

Professor Agyeman-Duah was arguing his position why the Council of State should not be awarded salaries and ex-gratia as if the role they were playing was a full time job.

Earlier in the show he had argued that belonging to the Council was reserved for accomplished people who were mostly retired and thus deciding to pay them for a service which should be voluntary was akin to creating jobs for people who did not need jobs.

He stated that instead of giving Council members salaries and ex-gratia, they should instead be given allowances for their service.

“If I’m saying that look, these members do not deserve salaries of course they can be given allowance for sittings, certain incidentals relating to their performance, but not to create salaries attached to that position, to the extent that at the end of the four years then you walk away with ex-gratia. For what?”

DISCLAIMER: The Views, Comments, Opinions, Contributions and Statements made by Readers and Contributors on this platform do not necessarily represent the views or policy of Multimedia Group Limited.
Tags:
Council of State
Professor Agyeman-Duah