The do’s and don’ts of traveling with friends

I once went on a road trip to Arizona with a really close friend. It was our first time going somewhere together for more than a day, and it turned out to be the last.

We started strong, enjoying the same playlists and bottomless car snacks. But when she began to prioritize hanging around local coffee shops over actually exploring Sedona, I knew I had chosen the wrong car to get into.

Partially my fault—I knew her penchant for being glued to her phone, trying to get just the right shot of a beautiful landscape instead of being present and interacting with it—but it was here, after spending the better part of the last four years travelling, that I began to understand the value of an open schedule and the right company. After a lot of trial and error, I finally realized the meaning of a good travel sidekick. 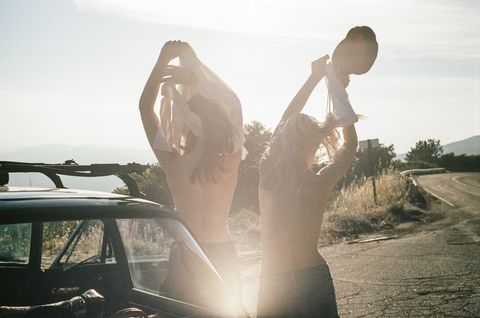 So last spring I decided to embark on a road trip with my New York-based best friend. We had never travelled a long distance together, but I suspected she would be a model travel companion after she mentioned her desire for the desert and newly blooming wildflowers—and most importantly, some spontaneity. We flew from opposite coasts to meet in Seattle, where we planned to spend two weeks making our way down to Los Angeles in a cayenne-coloured 1979 Mercedes 250, which, somewhere in Idaho (more on that soon), we lovingly nicknamed Lady Loquat.

“I began to understand the value of an open schedule and the right company.”

The car, much like me and my friend, was equipped with her fair share of quirks. We started the trip full of excitement with open hearts…and a surprise exhaust leak that delayed our sight-seeing for several days. I’m not known for my bottomless patience, but when we found ourselves stuck in Portland, Oregon for two nights instead of exploring the natural hot springs of Washington’s Olympic Park, my friend keeping her cool inspired me to work through these hiccups a little differently. Gloomy pessimism was replaced with an open mind and an easygoing sensitivity.

Once back on the road, we chose a loosely-mapped out route that ensured we were both experiencing everything for the first time. With so many hours of driving, there were long periods of sitting with our own thoughts, but it felt comfortable. It was crucial we aligned with the important stuff: our like-minded curiosity, our taste in podcasts and music, our criteria for a good place to sleep, and our ability to marvel at—and learn about—the culture and ecology of the places we passed through. 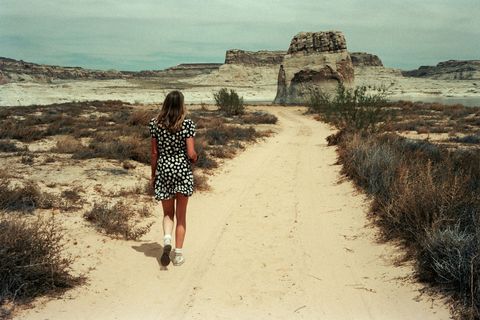 There were a few times when, in the last light of day, we’d find the most amazing and private place to camp. But not every campsite would be as scenic as the last and not every hotel room smelled great. We learned quickly that good omens on a road trip can include a herd of cows blocking the road and losing reception hours before you’ve gotten to where you’re going, because eventually, you find a campsite at the dead-end of a dirt road at the edge of a river just in time to drink a beer in your bra at golden hour.

If the person you are travelling with can make blemishes on your itinerary fun—or even adventures of their own—you know you have found a kindred travel spirit. They won’t make you feel bad about your decisions. Rather, they will laugh with you about the unexpected twists and turns and will offer ideas when problems arise. There may be days when you’d trade anything for a shower, hours in the car in which you just want to be silent, and crossroads where you and your friend have a different idea of how to move forward. The secret? Awareness and respect. 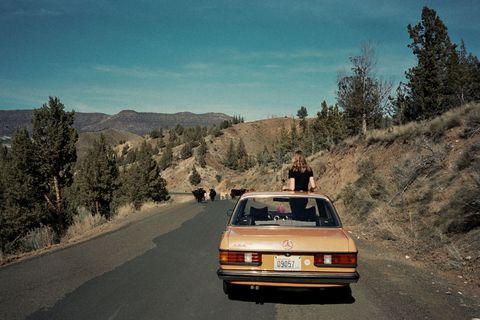 Understanding each other’s desires (and peeves or triggers) will strengthen your ability to navigate changes with grace. Does your friend need a coffee when she wakes up before anything else? Do you have car, plane or boat trauma that might be helpful to share before the trip? What about any particular stops you’d love to make, and things you want to try? If one of you totally hates driving at night, or hates the smell of hummus in the car, be clear about it—these things can be planned around.

Being keen to these things not only makes you a stronger traveller but a better companion both on and off the road. My friend and I were prepared for the worst and hoped for the best. We value similar experiences and are equally budget-conscious, which made playing things by ear totally seamless. I can think of more than a handful of places I wouldn’t have thought to go, or people I wouldn’t have met were it not for collaboration with savvy friends on the road. Not only has my worldview broadened, but my courage and curiosity have multiplied tenfold. I used to be someone who mostly travelled alone. Now, I can’t imagine a trip without the company of my best friend. 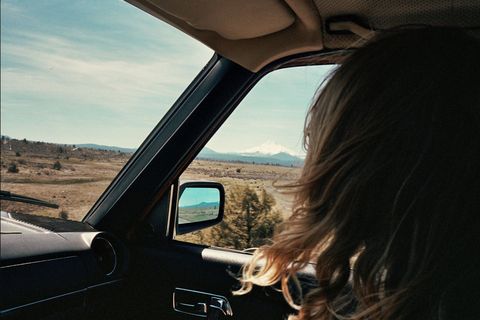