The invention that stop girls missing school every month

In Malawi a packet of sanitary towels can cost a whole day's pay, and girls often miss school because the cotton strips they use instead are inadequate. Charlotte Ashton met a woman in Blantyre who's come up with a solution.

It's a 14-year-old girl's worst nightmare. You're standing in front of your class when giggling erupts from the back and everyone's pointing at your behind. With despair you realise your sanitary pad has leaked and an embarrassing circle of blood has appeared on your dress. I clearly remember the anxious checking of my school skirt as a teenager. You'd pull aside a close friend: "Have I leaked?"

But the worst never actually happened and I don't remember seeing it happen to any classmates. Because in the West we're blessed with effective, disposable, affordable sanitary protection – the vast majority of us can afford pads or tampons every month.

Here in Malawi, that's not the case. The sanitary pads in the shops cost 500 Malawi kwacha (75 cents; 50p) per pack. That's nearly a whole day's pay at the minimum wage – and you really need two packs per period.

To find out what women do instead, I head to a school in a township on the outskirts of Blantyre, Malawi's second city, to talk periods with a group of teenage girls. 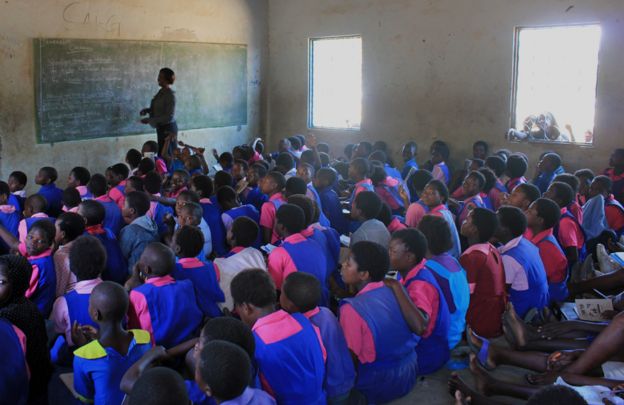 "Tell me," I venture. "We're here to talk about sanitary pads. Do any of you use the disposable ones?"

A row of shaking heads then a brave hand goes up.

"We take pieces of old chitenge and tear them into strips." Benku is 15 and bright-eyed. Chitenges the pieces of cotton material Malawian women wear around their waists. "Then we fold them over and put them into our underwear."

"That must be uncomfortable," I ask.

"Yes," she agrees. "Sometimes I get sores on my legs where the material rubs. And sometimes the chitenge falls out!

"That happened to me once in class. The boys were laughing. I was so embarrassed." 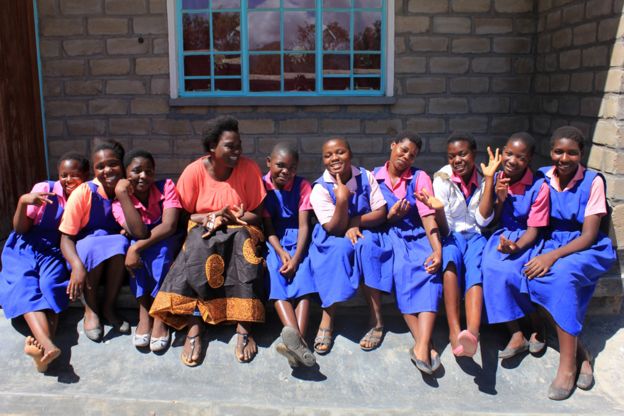 The monthly burden doesn't end there. The girls explain how they get up early or stay out late to wash the used strips – in a quiet moment when no-one's around to see. Hanging them up to dry in the sun would be too public a display of an issue that's taboo here. So the girls find a dark corner inside to dry their rags.

And then the answer that I somehow found saddest of all: "Do your mothers help you?"

Their heads shake again: "No," says Benku's friend. "My mother asked my aunt to explain everything to me when I got my first period."

Another girl was given an old chitenge and a lesson in what to do by a neighbour. A third was sent to her grandmother's for a week.

This monthly struggle has been the same for generations. But unlike their mothers, aunts and grandmothers these young women have a champion, who's determined to tackle the problem. 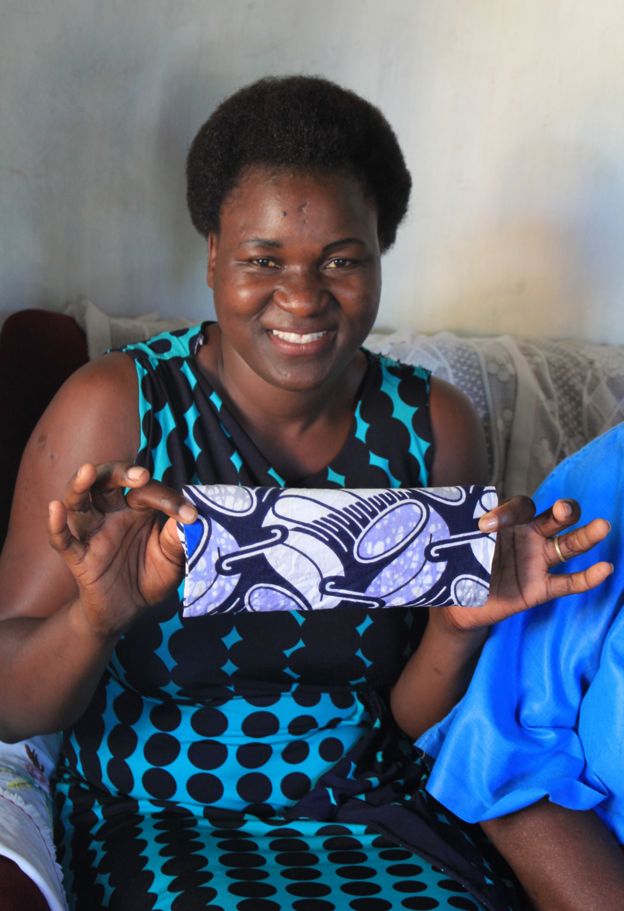 Trinitas is a tall, vivacious 31-year-old researcher at Blantyre's College of Medicine. When six boys but only two girls turned up for a focus group she was running at this school, she asked the teacher where they all were and was told they'd excused themselves that week because they were menstruating.

And that's a whole other tragic side to this issue: girls often don't leave the house while they're bleeding. "So how many days of school are you missing every month?" I ask the group.

Trinitas remembers this from her own schooldays and is angry that another generation of girls is suffering. She's the daughter of a single mother and studied at a basic government school. Yet she beat the odds and made it to university – thanks, she says, to her mother's insistence on the value of education.

With that in mind Trinitas bought an old treadle sewing machine and started making reusable sanitary pads from fabrics available locally. She's been doing market research at the school and the girls have all tried out her pads.

The feedback is resoundingly positive. "They're so easy to wash!" says one girl. "The top layer is lovely and fleecy so they're comfortable," says another.

Trinitas's challenge is to get capital investment in this chronically poor country – enough to scale up production and bring down the price so it's low enough for the average Malawian.

The girls are clearly excited by the new freedom this product could afford them. "The wings and the poppers mean I can move around as usual," chirps one. "We can do skipping rope and everything."

And with that I'm reminded that these schoolgirls deserve better than a week of discomfort and humiliation every single month.

More from the Magazine 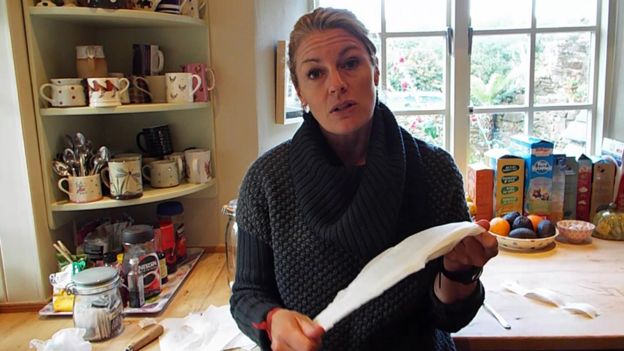 Two years ago, when Amy Peake was leafing through a magazine she saw an image that shocked her. It showed thousands of refugees queuing for food in a bombed-out street in Damascus. In the foreground stood a woman, and for a split second she thought, "What if I was her? What if my children were there? And what if I got my period?"

Then her husband showed her a BBC News Magazine story about an Indian man who had invented a machine to produce cheap and hygienic sanitary pads after realising his wife, and millions of other Indian women, used rags. He didn't want to sell the pads, he wanted women to make and sell their own.

Peake immediately thought: "That machine should be in the refugee camps – and if it isn't, perhaps I should take it there." So that's exactly what she's done.