The Iranian opposition fighters who mustn’t think about sex

For six years, Albania has been home to one of Iran’s main opposition groups, the Mujahideen-e-Khalq, or MEK. But hundreds of members have walked out – some complaining about the organisation’s rigid rules enforcing celibacy, and control over contact with family. Now, dozens languish in the Albanian capital, Tirana, unable to return to Iran or get on with their lives.

That first contact by phone with his family after so many years was difficult for Gholam Mirzai, too. He is 60, and absconded two years ago from the MEK’s military-style encampment outside Tirana. 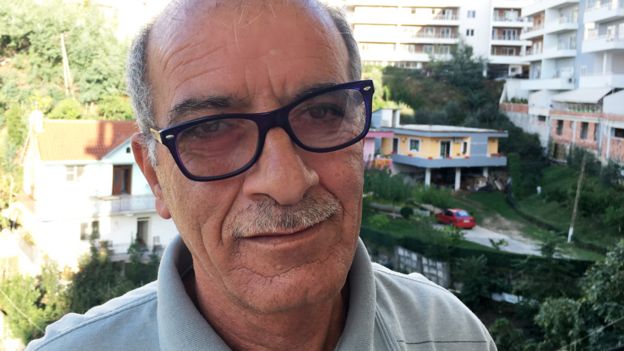 Now he scrapes by in the city, full of regrets and accused by his former Mujahideen comrades of spying for their sworn enemy, the government of the Islamic Republic of Iran.

The MEK has a turbulent and bloody history. As Islamist-Marxist radicals, its members backed the 1979 Iranian revolution that toppled the Shah. But relations with a triumphant Ayatollah Khomeini soon soured. When the government cracked down hard, the Mujahideen had to run for their lives. 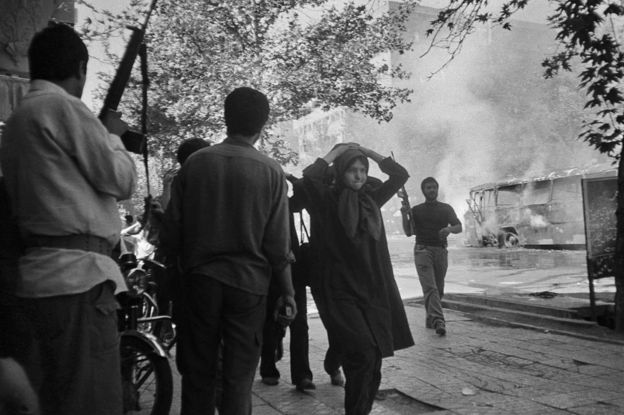 Image captionMEK members being rounded up in Tehran in 1982

Neighbouring Iraq offered sanctuary, and from their desert citadel during the Iran/Iraq war (1980-1988), the MEK fought on the side of Saddam Hussein against their homeland.

Gholam Mirzai was serving in the Iranian military when he was captured by Saddam Hussein’s forces at the start of that conflict. He spent eight years as a prisoner of war in Iraq. But in time, Iranian prisoners like Mirzai were encouraged to join forces with their compatriots. And that is what he did.

Mirzai is now a “disassociate” – one of hundreds of former MEK members who have left the organisation since they moved to Albania. With the help of funds from family, some have paid people smugglers to take them elsewhere in Europe, and perhaps two have made it back to Iran. But dozens remain in Tirana, stateless and officially unable to work.

So how did the battle-hardened members of the MEK – formerly a proscribed terrorist organisation in the United States and Europe – find their way to this corner of Europe?

In 2003, the allied invasion of Iraq made life perilous for the MEK. The organisation’s protector, Saddam Hussein, was suddenly gone, and the Mujahideen were repeatedly attacked – hundreds were killed and injured. Fearing an even worse humanitarian disaster, the Americans approached the Albanian government in 2013 and persuaded it to receive some 3,000 MEK members in Tirana. 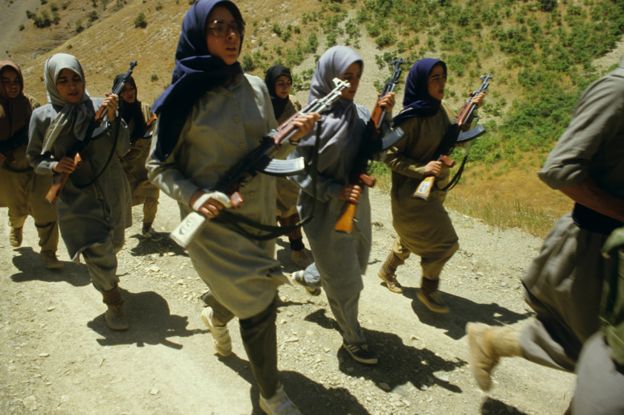 “We offered them shelter from attacks and abuse, and the possibility to lead a normal life in a country where they are not harassed, attacked or brutalised,” says Lulzim Basha, leader of the Democratic Party, which was in government at the time, and is now in opposition.

In Albania, politics are deeply polarised – everything is contested. But, almost uniquely, the presence of the MEK isn’t – publicly, both governing and opposition parties support their Iranian guests.

For the MEK, Albania was a completely new environment. Gholam Mirzai was astonished that even children had mobile phones. And because some of the Mujahideen were initially accommodated in apartment buildings on the edge of the capital, the organisation’s grip on its members was looser than it had been previously. In Iraq, it had controlled every aspect of their lives, but here, temporarily, there was a chance to exercise a degree of freedom.

“There was some rough ground behind the flats where the commanders told us we should take daily exercise,” remembers Hassan Heyrany, another “disassociate”.

Heyrany and his colleagues used the cover of trees and bushes to sneak around to the internet cafe close by and make contact with their families.

“When we were in Iraq, if you wanted to phone home, the MEK called you weak – we had no relationship with our families,” he says. “But when we came to Tirana, we found the internet for personal use.” 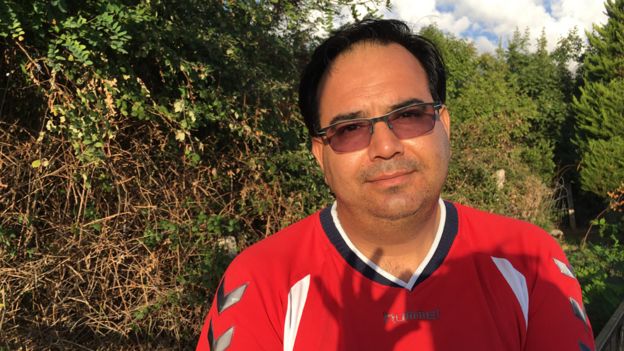 Towards the end of 2017, though, the MEK moved out to new headquarters. The camp is built on a gently sloping hill in the Albanian countryside, about 30km (19 miles) from the capital. Behind the imposing, iron gates, there is an impressive marble arch topped with golden lions. A tree-lined boulevard runs up to a memorial dedicated to the thousands of people who have lost their lives in the MEK’s struggle against the Iranian government.

Uninvited journalists are not welcome here. But in July this year, thousands attended the MEK’s Free Iran event at the camp. Politicians from around the globe, influential Albanians and people from the nearby village of Manze, joined thousands of MEK members and their leader, Maryam Rajavi, in the glitzy auditorium. US President Donald Trump’s personal lawyer, Rudy Giuliani, addressed the crowd. 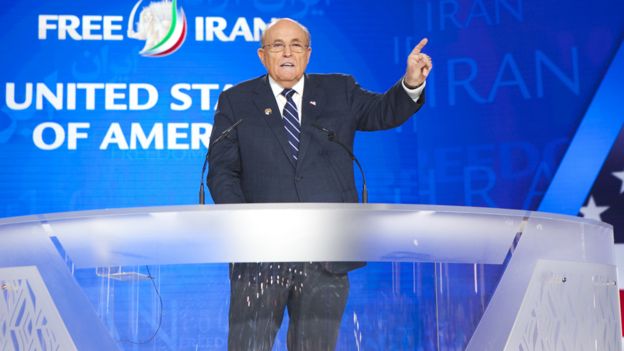 Image captionRudy Giuliani: “If you think this is a cult, then there’s something wrong with you”

“These are people who are dedicated to freedom,” he said, referring to the uniformly dressed and gender-segregated MEK members present in the hall.

“And if you think that’s a cult, then there’s something wrong with you,” he added, bringing the house down.

Powerful politicians like Giuliani support the MEK’s goal of regime change in Iran. The movement’s manifesto includes a commitment to human rights, gender equality and participatory democracy for Iran.

But Hassan Heyrany does not buy it any more. Last year he left the MEK, rejecting what he saw as the leadership’s oppressive control of his private life. Heyrany had joined the Mujahideen in his 20s, attracted by its commitment to political pluralism.

“It was very attractive. But if you believe in democracy, you cannot suppress the soul of your members,” he says.

The nadir of Heyrany’s life with the MEK was an evening meeting he was obliged to attend. 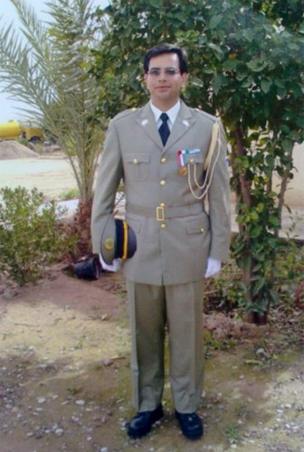 “We had a little notebook, and if we had any sexual moments we should write them down. For example, ‘Today, in the morning, I had an erection.'”

Romantic relationships and marriage are prohibited by the MEK. It was not always like that – parents and their children used to join the Mujahideen. But after the bloody defeat of one MEK offensive by the Iranians, the leadership argued it had happened because the Mujahideen were distracted by personal relationships. Mass divorce followed. Children were sent away – often to foster homes in Europe – and single MEK members pledged to stay that way.

In that notebook, Heyrany says they also had to write any personal daydreams.

“For example, ‘When I saw a baby on television, I had a feeling that I wished to have a child or a family of my own.'”

And the Mujahideen had to read from their notebooks in front of their commander and comrades at the daily meeting.

Now he likens the MEK camp in Manze to Animal Farm, George Orwell’s critique of the Stalinist era in the USSR. “It’s a cult,” he says simply.

A diplomatic source in Tirana described the MEK as “a unique cultural group – not a cult, but cult-like.”

The BBC was not able to put any of this to the MEK, because the organisation refused to be interviewed. But in Albania, a nation that endured a punishing, closed, Communist regime for decades there is some sympathy for the MEK leadership’s position – at least on the prohibition of personal relationships.

“They have vowed to fight all their lives for the liberation of their country from a totalitarian regime. Sometimes we have difficulty accepting strong belief in a cause. This is personal sacrifice, and it’s a mentality I understand.” 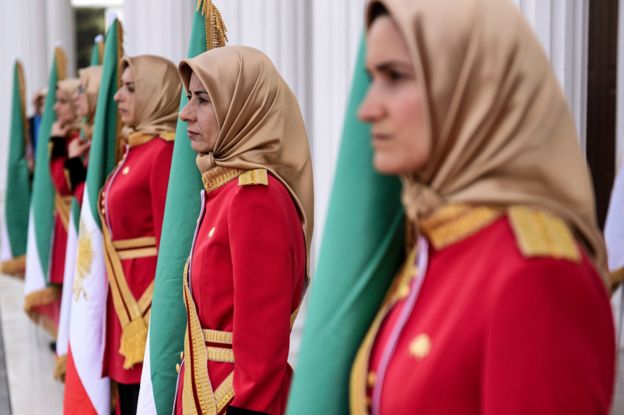 Image captionFemale guards at the MEK headquarters in Albania

Even so, some Albanians worry that the MEK’s presence threatens national security.

Two Iranian diplomats were expelled following allegations about violent plots against the Mujahideen, and the European Union has accused Tehran of being behind conspiracies to assassinate regime opponents, including MEK members, on Dutch, Danish and French soil. (The Iranian Embassy in Tirana declined the BBC’s request for an interview.)

A highly-placed source in the Socialist Party is also concerned that the intelligence services lack the capacity to monitor more than 2,500 MEK members with military training.

“No-one with a brain would’ve accepted them here,” he says.

A diplomat says some of the “disassociates” are certainly working for Iran. Gholam Mirzai and Hassan Heyrany have themselves been accused by the MEK of being agents for Tehran. It is a charge they deny.

Now both men are focused on the future. With help from family in Iran, Heyrany is opening a coffee shop, and he is dating an Albanian. At 40, he is younger than most of his fellow cadres and he remains optimistic.

Gholam Mirzai’s situation is more precarious. His health is not good – he walks with a limp after being caught in one of the bombardments of the MEK camp in Iraq – and he is short of money.

He is tormented by the mistakes he has made in his life – and something he found out when he first got in touch with his family.

When Mirzai left to go to war against Iraq in 1980, he had a one-month-old son. After the Iran/Iraq war ended, his wife and other members of his family came to the MEK camp in Iraq to look for Mirzai. But the MEK sent them away, and told him nothing about their visit.

This 60-year-old man never knew he was a much-missed father and husband until he made that first call home after 37 years.

“All of these years I thought about my wife and son. Maybe they died in the war… I just didn’t know.” 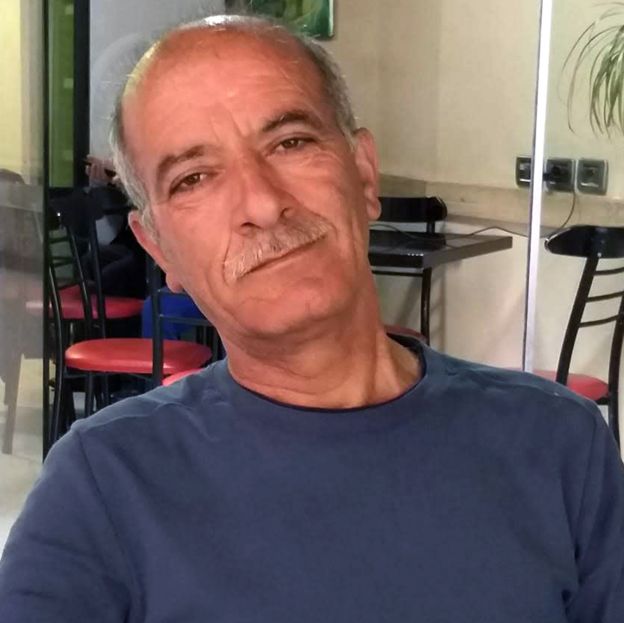 The son he has not seen in the flesh since he was a tiny baby is nearly 40 now. And Mirzai proudly displays a picture of this grown-up man on his WhatsApp id. But renewed contact has been painful too.

“I was responsible for this situation – the separation. I can’t sleep too much at night because I think about them. I’m always nervous, angry. I am ashamed of myself,” Mirzai says.

Shame is not easy to live with. And he has only one desire now.

“I want to go back to Iran, to live with my wife and son. That is my wish.”

Gholam Mirzai has visited the Iranian Embassy in Tirana to ask for help, and his family have lobbied the authorities in Tehran. He has heard nothing. So he waits – without citizenship, without a passport, and dreaming of home. 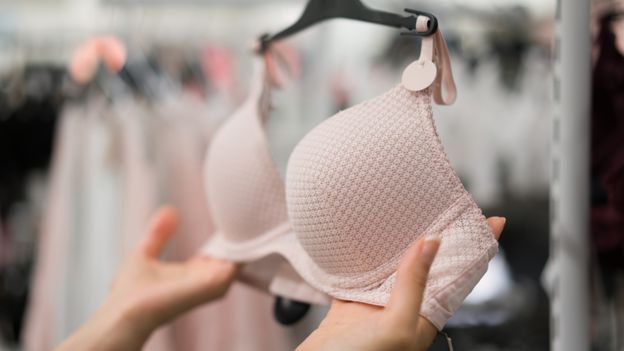 Few people give much thought to where what they wear beneath their clothes really comes from, and so it was for Elizabeth Gowing, until a visit to an underwear factory run by women in northern Albania.