The new way women are dressing for work - MyJoyOnline.com

The new way women are dressing for work 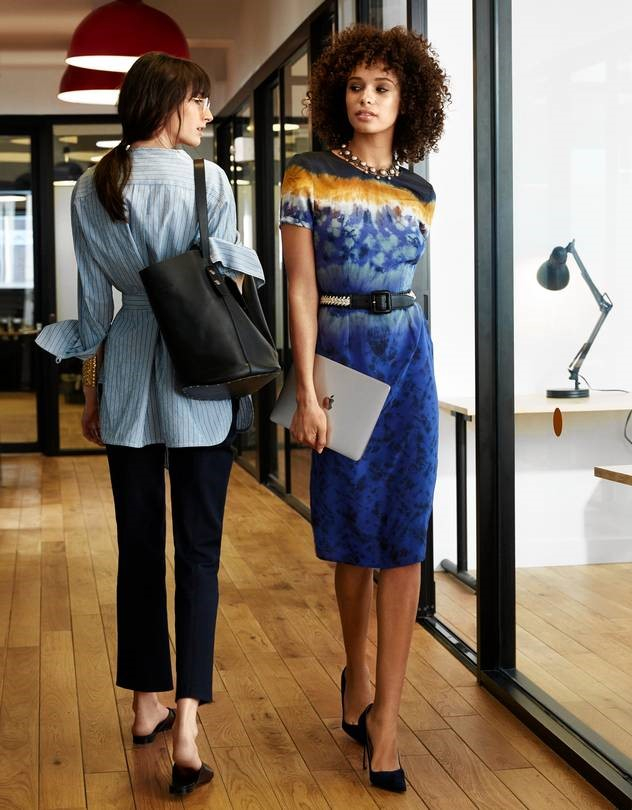 Its been over 40 years since John T. Molloy’s “Dress for Success” came out in 1975, unleashing the concept of “power-dressing” and legions of big-shouldered blazers on an unsuspecting world. While his directives now sound silly, especially for women, his message of donning a suit to get ahead still haunts those with a corporate mind-set.

It’s especially true for hopefuls heading to a job interview, where suiting up reflects a fierce belief in a right and wrong way to make an impression. Women suffer dress-code stress even more acutely than men, facing greater room for error and a longer list of interview taboos: no jangly jewelry, stilettos, minis, perfume and so on.

Once you’re hired, there’s often a drive to conform and blend in with co-workers; complacency—the idea that you have the job and need no longer dress to impress—sets in as the years go by. Frumpiness ensues.

But a radical new attitude about work wear is developing as more women begin to fend for themselves. According to the last report by the National Women’s Business Council (from 2012, a new one is due this year), women launch over 1,100 new businesses in the U.S. every day and generate over $1.4 trillion in revenue annually. As entrepreneurs, they are redefining the whole raison d’être of getting dressed for work. It’s less about playing by the rules and more about promoting your unique brand.

This millennial CEO wears confidence like a coat. Her venture is already capitalized (through rounds of fundraising or family connections), and she exudes authority but wants to be seen as creative. She’s a bit sentimental about her H&M days but is eagerly leaning into labels she has always coveted. Wearing a matching suit is not an option (too old school); switching up her style and mixing separates that stand out in an original way is her boss lady prerogative. Of course, the latest symbol of success—a sleek and complicated smartwatch—adorns her wrist.

She is a seasoned professional, returning to work after a little time off or switching careers after ascending the corporate ladder. The designer labels she selects provide the tailored fit she likes, and her accessories show off her chic attitude: heels that say she’s going places, a tote that will hold files, a laptop and headphones, so she can download the latest TED Talk.

Penning fashion copy for cash (and a novel or screenplay for her soul), this freelance scribe is cool and plugged in. She experiments with edgy looks that complement the gold cuff a great aunt gave her, and whatever she adopts, from culottes to platforms, reveals her desire to stay ahead of the crowd.

Part programmer, part artist and de facto social media guru for a new political website, this tech-savvy professional can recite talking points on fashion, culture and business while blogging in both French and Tagalog. Fiercely independent and unconcerned with what others think, she wears jeans to a job interview because she knows she’ll nail it. Sneakers are a given; girly earrings, a chic surprise.