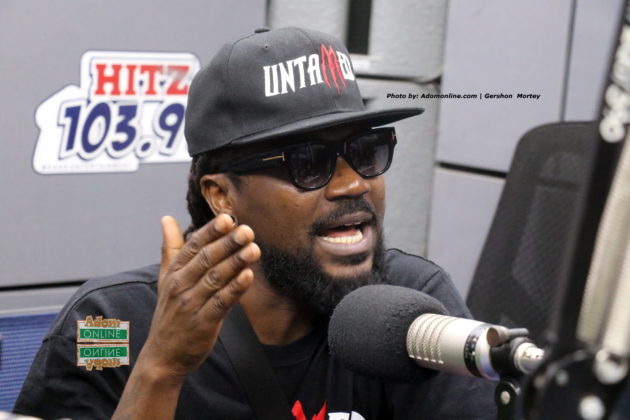 ‘Appreciate people while they are alive.’ This is exactly what Dancehall act, Samini did for his now late godfather, Sonni Balli.

Tributes are flooding for Sonni who passed on Thursday, June 9 after reportedly suffering a cardiac attack.

However, Samini remains speechless as he had, at different points in time, celebrated his “big brother and father.”

A throwback video has popped up of how Samini gave special recognition to the man who helped him climb his success ladder when he was just at the peak of his career.

Their relationship dates as far back as the early 2000s, when Samini had just broken record with his 2004 track, Linda.

Sonni met Samini in Gold House club while he was freestyling loudly on a beat. Impressed with what he heard, he offered his studio to Samini in a bid to polish his craft.

In an interview on Hitz FM, three years ago, Samini also gave never-heard details of how Sonni Balli mentored him at a point when he decided to quit music.

He re-called how Sonni introduced him to top personalities in his quest to usher Samini into the mainstream industry.

Even when he traveled to London to pursue a different career, Samini said his mentor was still with him every step of the way, and introduced him to massive opportunities.

“When I went to UK, I didn’t wanna come back, but he told me ‘Emma, you’re a star, go back else, here they will make you useless.’ Sonni told me that because he could tell by my energy that I didn’t wanna return. He convinced me and because I had something to rely on, I came back,” he said.