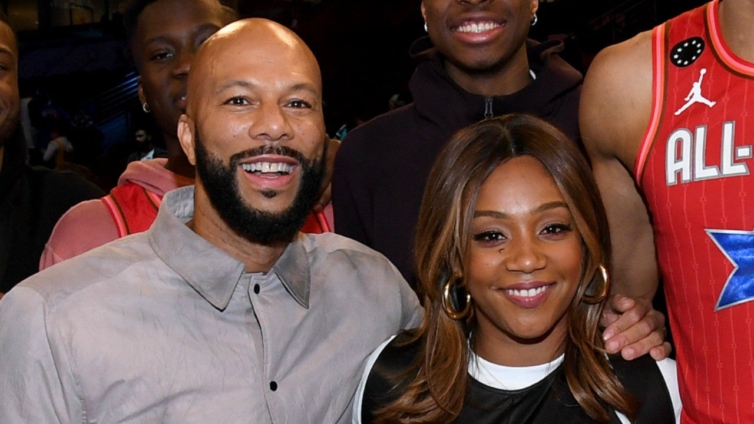 It took some convincing for Tiffany Haddish to start dating her boyfriend, Common. The 48-year-old rapper, whose real name is Lonnie Rashid Lynn, pursued his lady love long before they started dating.

During an appearance on The Late Show With Stephen Colbert, Haddish corrected host Colbert when he referred to Common as Haddish’s “boyfriend.”

She went on to explain, “He was trying to holler, and I was like, ‘No, I’m not really interested. Nah, I’m good. My eyes are set on other things. I’m interested in somebody else, I’m sorry. But you seem like a nice person.'”

Part of the reason Haddish was hesitant was what she was familiar with some of her man’s exes.

“I know too many people that dated you, let’s be honest,” she said, adding, “I didn’t say that but…”

In the past, Common has been romantically linked to Serena Williams and Erykah Badu.

Haddish and Common recently got steamy in the TikTok Silohoutte Challenge, which she said took some convincing.

“It was quite a negotiation,” she said of getting Common to do the video with her. “I’m like, ‘Look, I want to shoot this video. I need you to be in it with me.’ And he was like, ‘Nah, that’s really not my style. I’m not really known for that. That’s not really my thing.'”

That didn’t fly with Haddish.

“I was like, ‘Look! Every time you ask me to do something I do it and I don’t make no money. I’m asking you to do something for me and every time I do ask you, you get paid. Now, what you gonna do today is this video or I won’t be doing nothing for you,'” she jokingly shouted. “And he was like, ‘Alright, alright, calm down. I’ll do it.'”

Turns out that even though it took some convincing, Common got a little too into it.

“It turned into 18 takes,” she shared, saying she originally wanted three. “I’m like, ‘For somebody who didn’t want to do this, you now want to do another take and another take, come on bro.’ But we had a good time. We were laughing.”