Tiwa Savage teams up with Sam Smith for the sultry 'Temptation' - MyJoyOnline.com

Tiwa Savage teams up with Sam Smith for the sultry ‘Temptation’ 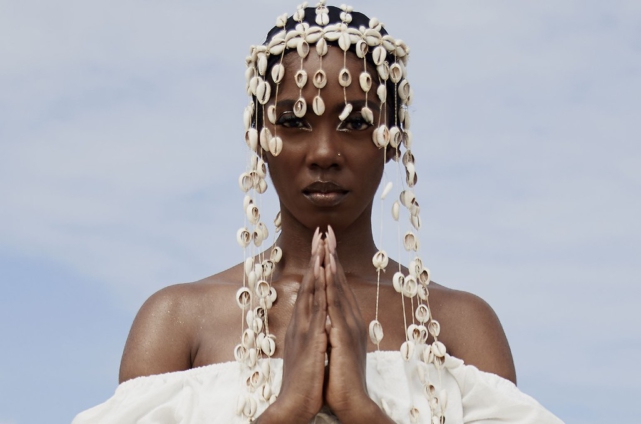 Less than one week away from unveiling her new album Celia, Nigeria’s superstar singer-songwriter Tiwa Savage is giving fans one more taste of what’s to come – and this time, she’s got help.

Through scintillating Afrobeat perfectly attuned to both her and Smith’s voices, Savage weaves a tale of a passionate but forbidden love affair, before passing the mic to Smith.

“The shape of your body replays in my mind,” Smith sings on the track’s second verse.

“The sound of your promises, echo in me deep inside.”

In an interview with Apple Music’s Zane Lowe, Savage said that while she knew she and her team had locked Smith in for a feature, she didn’t believe it was actually happening until she heard their vocals.

“I literally had goosebumps, because we don’t know how amazing Sam is.  I was like, ‘Wow, this is incredible,'” she recalled.

“And it just changed the whole face of the project. Do you know what I mean? Because this is really happening for afrobeat, not even just with Tiwa.”

The star also spoke with Lowe about how afrobeat as a genre has helped bring African culture to a wider, mainstream audience — an accomplishment she’s particularly proud of.

“It’s a blessing to live and witness both, to see how it went from not being cool to being one of the most sought after genres,” she said.