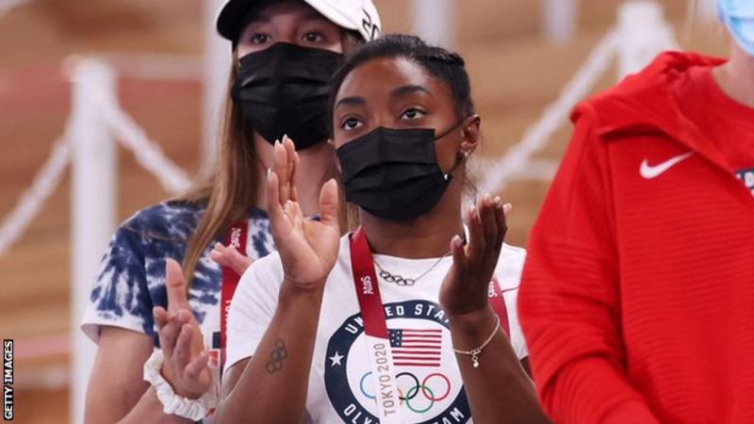 Simone Biles will compete in Tuesday’s beam final with the American taking up her final chance of an individual medal at an Olympics where she has withdrawn from four other finals.

The American, 24, has not competed since last week’s team final, where she performed on vault but no other apparatus before saying she wanted to protect her mental health.

The pre-Games favourite, a four-time Olympic champion, has been suffering with the ‘twisties’, which gymnasts describe as a kind of mental block.

The American had arrived in Tokyo with a chance of six gold medals, and such has been her dominance of her sport that they were all realistic.

But she sent shockwaves through the Games during the team final on 26 July when after failing to complete the planned number of twists in her vault, she then took no further part in the event.

She stayed in the arena to support her team-mates, collecting a silver medal on the podium with them as the defending champions finished behind the Russian Olympic Committee.

After the final she explained that after her vault she had not wanted to go on and needed to focus on her mental health.

She subsequently withdrew from the all-around final and other individual finals on uneven bars, vault and floor.

Her decision to compete in the last individual final represents a chance to pick up a seventh Olympic medal and gives the world the chance of another glimpse of a supreme talent which had been expected to light up the Games.

She has been vocally cheering on her team-mates from the stands as they have taken the chance to shine in her absence, but on Tuesday she will return to the competition arena herself.