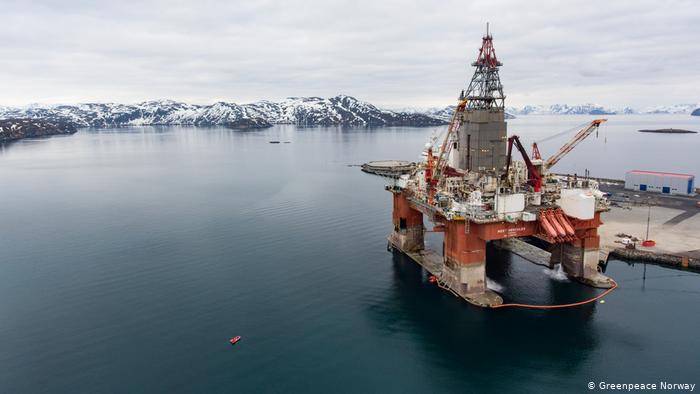 The appeal led by Greenpeace Norway and local group Nature and Youth before Norway’s Supreme Court, the Bokmal, is expected to run seven days, into next week. A ruling is not expected until December or January.

Greenpeace Norway head Frode Pleym said the appeal case was to persuade the Bokmal that Norway’s 2014 constitution, prescribing a healthy environment in article 112, would be breached if drilling prevailed.

The appellants, also including Friends of the Earth Norway and Grandparents Climate Campaign, also cite the risk of “uncontrolled oil spills” and “inadequate” socio-economic assessment of what CO2 emissions will actually cost.

Previously, two lower courts had declared the awarding of the exploration licences to 13 oil companies in 2016, including Norway’s energy giant Equinor, as legal.

At the previous second hearing, Norway’s Appeals Court did, however, rule that CO2 emissions ought to encompass oil exports burned outside Norway.

Norway is ranked by the Paris-based International Energy Agency (IEA) as “one of the world’s largest energy exporters” but also as an advocate of “sustainability.”

Pleym said Norway would not be able to meet its 2015 pledges to slash its carbon dioxide emissions if it continued to allow oil and gas drilling.

“Not acting now violates the Paris Agreement and Norway’s own constitution, that is why we are back in court,” said Pleym. “Climate change knows no borders.”

Backing appellants, who hope the case will set a constitutional trend worldwide, Greenpeace International said Norway needed to “cancel all drilling for new oil in the Arctic.”

“The Norwegian government can no longer ignore the dangerous impact its exported oil is having on the climate,” it said.

Visiting Norway in 2019, the UN’s human rights and environment rapporteur David R. Boyd said having a “healthy and sustainable environment” was upheld in 100 national constitutions in all regions of the world.

Since it began offshore drilling in 1969, Norway’s major oil and gas exports have bolstered its sizeable Norwegian Sovereign Wealth Fund.

Paradoxically the fund has divested from many oil and gas stocks, reputedly to avoid price fluctuations. And, yields in the Barents Sea are reportedly disappointing.