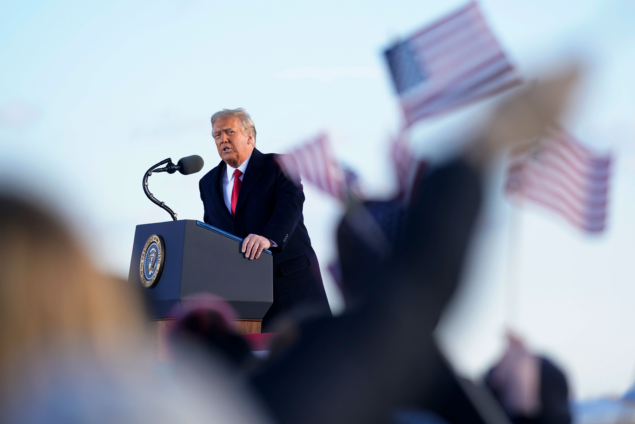 President Donald Trump made false claims from the first hours of his presidency to the last.

In his final speech, Trump falsely claimed that he got “almost 300” judges confirmed. In fact, he got 234 total judges confirmed to the Supreme Court, district courts and appeals courts, according to figures from Brookings Institution visiting fellow Russell Wheeler.

Trump also claimed that his number of judicial confirmations is a “record-setting number.” In fact, President Jimmy Carter appointed 261 judges, according to Wheeler — 39% of the available judgeships at the time to 27% for Trump.

Trump, exaggerating, as usual, rounded his 74.2 million votes in the 2020 presidential election to “75 million votes.” He boasted that he set a record for a sitting president, which is correct, but he did not acknowledge that Joe Biden got over 7 million more votes than he did.

Trump also said he passed the largest tax cut in American history. This is not true either in inflation-adjusted dollars or as a share of the economy.

Trump did not explicitly say, as he normally does, that he is the one who got the Veterans Choice health care program passed — but he nonetheless suggested he is responsible for the program, taking credit for the ability of veterans to get reimbursed by the government for treatment from doctors outside the VA system. That initially happened because of the Choice bill President Barack Obama signed into law in 2014, though Trump did sign a 2018 law that modified and expanded the Choice program.