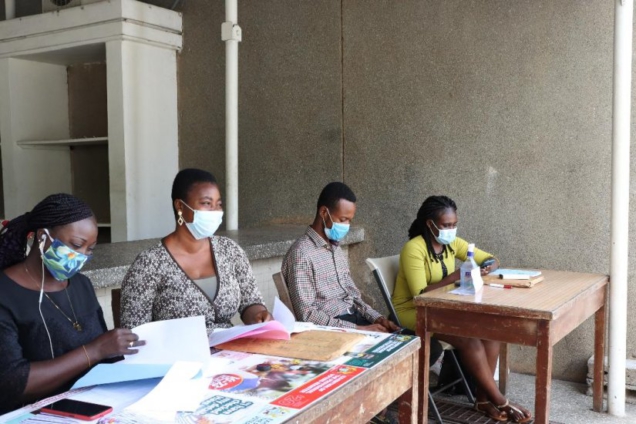 The Coalition of Domestic Election Observers (CODEO) has described the ongoing voters’ exhibition exercise discouraging due to a low turn at various centres.

The Project Manager, Rhoda Osei Afful in an interview on Joy FM’s Midday Wednesday revealed that only a handful of prospective voters actually participated in the process of verifying their details, adding that, the daily turn out for some centres was 50.

This, she said, is worrying since the process forms an integral part in the electoral process of the country.

“Now that we are hearing about people’s names being missing from the register, it is important for every Ghanaian who votes to show up or at least use the SMS platform to check if your name is in the register,” she stressed.

Commenting on the anomalies that have been detected in the new voters’ register, Madam Osei Afful said the Electoral Commission must involve all relevant stakeholders to find a common ground as the country heads into the December polls.

She looked forward to the IPAC meeting which has been scheduled for Thursday to help resolve the rift between the Commission and some political stakeholders, particularly, the opposition National Democratic Congress (NDC).

Meanwhile, the NDC flagbearer, John Dramani Mahama on Tuesday suspended his four-day tour of the Bono Region to return to Accra to deal with the inconsistencies in the voter’s register.

According to him, the ‘incompetence’ of the Jane Mensah-led EC could cause disorder and chaos.

The EC in a statement has also admitted to having some challenges but have promised to fix them.

DISCLAIMER: The Views, Comments, Opinions, Contributions and Statements made by Readers and Contributors on this platform do not necessarily represent the views or policy of Multimedia Group Limited.
Tags:
2020 Elections
CODEO
Rhoda Osei Afful