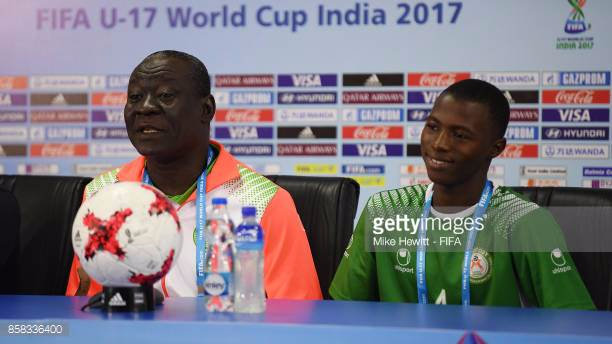 Head Coach of Niger, Teimogo Ismaila is confident his side will not crumble against Ghana when they both square up in the round of 16 of the FIFA U-17 World Cup.

Ghana are highly fancied to progress following their exploits in the group stage. The Black Starlets topped group A with six points compared to Niger, who qualified as one of the best third-placed sides.

The Nigeriens lost to Brazil and Spain respectively and only won against North Korea.

Also, the last three meetings, including two friendlies played in Accra ahead of the tournament in India, ended in wins for the Black Starlets.

But the Menas boss insists his boys will cause a massive upset by knocking out the two-time champions.

“Tomorrows’ game is going to be all about our mental toughness than physical or tactical display”.

“We are not going to lose against Ghana; we are going to play with all the force and energy in us”.

“Before coming into the World Cup, we had already played two friendly games with Ghana, but we lost both games and the good thing is we have learnt a lot from those games”.

“Going into this game, we have nothing to lose so we will make sure that we win even though it will be a close match”.

“Our objective is to fight and move far in the tournament and for sure we are going to fight till the end”.

The match will kickoff at exactly 11:30 am