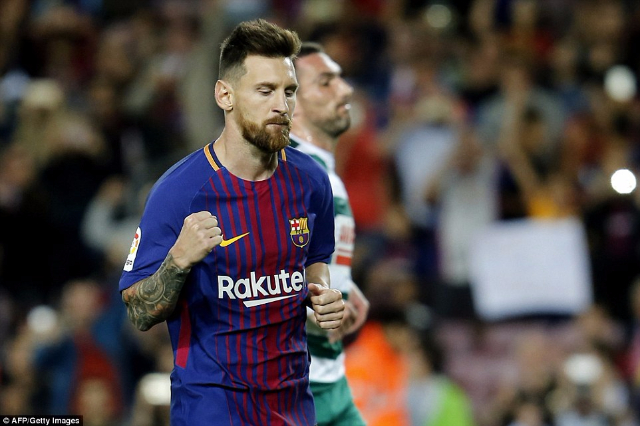 Lionel Messi scored his 100th goal in European competition on Wednesday when he netted the second in Barcelona's 3-1 Champions League win against Olympiakos.

Messi became just the second player to reach the landmark after Real Madrid's Cristiano Ronaldo brought up a century of goals in UEFA competitions earlier this year.

The Barca forward came into the game in at Camp Nou on 99 goals, with 96 of them having come in the Champions League and the other three in the European Super Cup.

Eden Hazard rescued Chelsea's unbeaten start to the Champions League group stage after a dominant Roma had fought back from two goals down to lead in a pulsating game at Stamford Bridge.

Hazard scored in each half, heading in to level from Pedro's cross with 15 minutes to go to keep the Blues top of Group C.

The Belgium forward had given Chelsea a two-goal lead in the first half after David Luiz scored a wonderful opener.

But the Serie A side fought back, with Aleksandar Kolarov scoring before Edin Dzeko netted twice in six minutes.

Bayern Munich and PSG posted convincing victories over Celtic and Anderlecht while Juventus fought from behind to beat Sporting CP 2-1 at home.

Earlier on Wednesday, Atletico Madrid failed to break down a resolute Qarabg FK. The match ended 0-0.