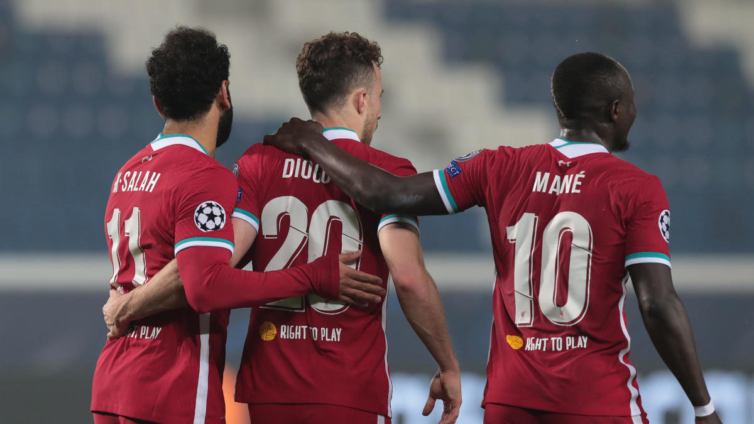 Kylian Mbappe grabbed the headlines on Tuesday evening as he served PSG with a first-leg advantage over Real Madrid. His stoppage time winner at the Parc des Princes meant Madrid have now won only once in six visits to France. Carlo Ancelotti’s side failed to flatter in a game PSG ultimately dominated, and could have had more than a goal had Courtois not denied Messi from the spot.

Unlike the Blues suffered by the Los Blancos, Manchester City had little to worry about in Portugal as Bernado Silva stole the show to give the Cityzens a resounding 5-0 victory in the first leg.

Four other teams will now take their turns in their attempt at securing a ticket to Istanbul.

Two teams currently adrift leaders of their individual leagues clash in the biggest game of the matchday. After losing Antonio Conte and Romelu Lukaku, Inter Milan have not fallen off as many might have suggested and are only a point behind AC Milan.

Lukaku scored 24 goals in the Serie A alone last season, and his replacement, Edin Dzeko is faring fairly well, scoring 10 in 23 games. Despite impressing in the Serie A, Inter manager Simone Inzaghi could be weary of the task at hand as the Reds do not seem to be slowing down.

Liverpool are just one of three clubs to boast of a perfect record in this season’s campaign, winning all six of their games in the group stage. Meanwhile Mohammed Salah is in some form, scoring 23 goals in 28 games (seven in six UCL games) and Diogo Jota is on a scoring streak in the Premier League.

However a strong UCL showing in the group stages after a 10-year absence can serve as a form of inspiration to the Nerazurris. A good home run, which saw them lose only one game at the San Siro, may prove to be the difference against Klopp’s Reds. But they managed to score only eight goals in the first stage while Liverpool racked up an impressive 17.

Bayern are undoubtedly favorites in this tie, having scored the most goals in the competition, till Manchester City put five past Sporting Lisbon. Both teams currently lie top of their various leagues – Salzburg establishing a 14-point lead as compared to Bayern’s six.

While Bayern have reached the knockout stage for a 19th successive season, Salzburg’s qualification to the knockout round was historic, as they became the first Austrian side in Champions League history to do so. But they now face a daunting task of beating one of the tournament’s favorites and might have an idea of what to expect, as they played the Bavarians twice in the opening stages of last season’s campaign.

However, Bayern’s 4-2 loss to Bochum will suggest to Matthias Jaissle that this Bayern side also have their weaknesses. Bayern’s failure in that game was not a case of not trying though, as they had 10 more shots than Bochum and had 65% of possession. Bochum however had one more shot on target with 35% of possession.

What this means is Salzburg will need to be resolute in defense while taking their chances as they come. Karim Adeyemi, with three goals in six UCL games will be crucial to the Red Bulls but should he fail to show up, Jaissle can rely on Noah Okafor, who has three in five games. He also scored the goal against Sevilla which confirmed Salzburg’s place in the round of 16.

Their impressive home record in this campaign and the absence of Manuel Neuer, Alphonso Davies and Leon Goretzka – despite the threat of Robert Lewandoski, Thomas Muller and Serge Gnabry, could also give Salzburg the edge against Julian Nagelsmann’s side. They also have the added advantage of Bayern’s failure to win any of their three away games versus Austrian opposition but Bayern boast of the longest unbeaten away run in the history of the Champions League.

DISCLAIMER: The Views, Comments, Opinions, Contributions and Statements made by Readers and Contributors on this platform do not necessarily represent the views or policy of Multimedia Group Limited.
Tags:
Bayern Munich
San Siro
UCL