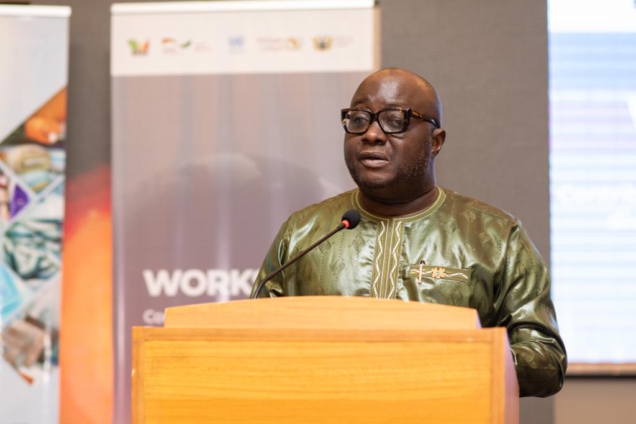 UNCTAD in collaboration with the African Union and German Corporations have organised a two-day workshop on the contribution of Special Economic Zones (SEZs).

The symposium was to boost economic diversification in Africa in the context of African Continental Free Trading Agreement (AfCFTA).

The workshop dubbed “Special Economic Zones in Ghana as a tool for industrialization and diversification” is aimed to share best practices on special economic zones development and to contribute to the process of the implementation of the AfCFTA.

The workshop also provided a platform for the diverse stakeholder community to discuss the role special economic zones play in the economic diversification of the continent and supporting regional integration.  Participants included government representatives from several African countries, experts and practitioners as well as private sector executives and pan-African organisations.

Giving remarks, Minister of Trade and Industry, Alan Kyerematen, said SEZs are increasingly playing a key role in Africa’s industrial transformation and economic growth, despite many challenges ahead.

“These zones can play a tremendous role in the development of the African continent under the Africa Continental Free Trade Area Agreement”.

He further said “technology and innovation play a critical role in transforming an economy. Africa is lagging in terms of innovation and technology. SEZs through FDI act as a mode through which improvement and implementation of innovative technology. There is also the transfer of knowledge between local and foreign counterparts in execution of duties. Therefore, the dynamic benefits that come with spatial development can help in achieving the objective of AfCFTA and in ensuring structural transformation in the continent.”

“Similarly, although the implementation of the African Continental Free Trade Area (AfCFTA) agreement is set to impact SEZs on the continent significantly, there is a lack of research and policy guidance on how zones can adjust to the new regulatory environment. If Africa is seriously considering adopting the SEZ model for development, policy adjustments are urgently needed”, he mentioned.

“The current state of affairs will not spur industrialisation and promote Africa’s active participation in global trade. To achieve this, there is the need for a strong long-term vision and institutional support for the success of SEZs and development in Africa coupled with effective cooperation between different levels of government agencies and the private sector”, Mr. Keyermaten pointed out.

It is estimated that Foreign Direct Inflows increased in Africa by 11% in 2018.

The Trade and Industry Minister urged all participants to assist in maintaining a disciplined focus on the agenda to ensure that at the end of the workshop, they will have a practical appreciation of the importance of SEZs to the economic diversification in Africa in the context of AfCFTA.

Delivering a keynote speech, Michael Oquaye Junior, Chief Executive Officer of the Ghana Free Zones Authority, said “Africa is endowed with many natural resources and every country can boast of some dominant resource. There is therefore a great opportunity to leverage the resources we have to benefit from economies of scale and become competitive as a continent.”

“AfCFTA is a major initiative to enhance structural transformation and improve the competitiveness of African industrial products. It is generally agreed that the opportunities generated by deeper regional integration will not fully materialise unless African countries develop productive capabilities, enabling them to take advantage of economic complementarities between their economies and this is the reason the SEZs are crucial to the industrialisation drive of Africa.”

Mr. Ocquaye Junior said for the SEZs to succeed, however, there is the need to develop productive capacity by attracting firms in strategic sectors and industries, adding “this will be the strategic focus of the Ghana SEZ as well as developing regional and continental value chains.”

In this regard, he said the initiatives of the Ministry of Trade and Industry is assessing government land banks including the Greater Kumasi Industrial Park Project, the Sekondi EPZ, the Yabiw ( Shama) EPZ, the Busila Land Bank and the Salvelugu Land Bank.

Based on the concept note of the workshop, it aims to present the main lessons learned from the development of SEZs in Africa, the implementation of SEZs targeted policies, the key factors that contribute to the success of zones through the evaluation of key success stories in the continent, and the mainstreaming of Sustainable Development Goals (SDGs) into the development of SEZs policies with a focus on labor and environmental practices.