'Until further notice, we are not taking tolls at our toll stations across the country' - Dep. Roads & Highways Minister - MyJoyOnline.com

‘Until further notice, we are not taking tolls at our toll stations across the country’ – Dep. Roads & Highways Minister 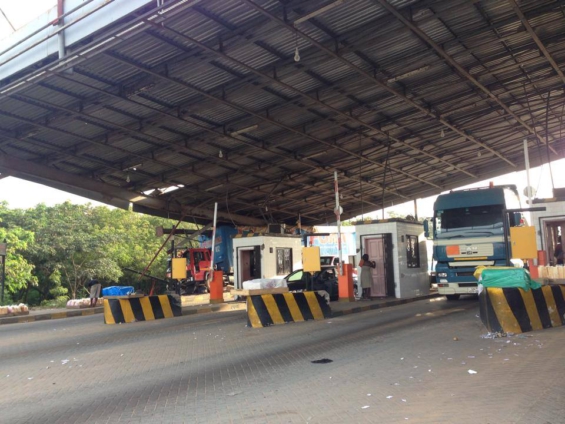 With brewing controversies about the payment of road tolls across the country, Deputy Minister of Roads and Highways, Stephen P. Jalulah has stressed that the collection of road tolls remain suspended until further communication on the matter.

On Wednesday, November 17, the Finance Minister disclosed the government’s plans to abolish road tolls with effect from when the budget is approved. This was followed by a statement from the Roads Minister, Kwasi Amoako-Attah, directing the cessation of tolls from 12:00am on Thursday, November 18, 2021.

“Following the presentation of the 2022 Budget by the Hon. Minister of Finance on behalf of His Excellency, the President of the Republic of Ghana on Wednesday, November 17, 2021, the Ministry of Roads and Highways hereby directs the cessation of the collection of road and bridge tolls at all locations nationwide. This directive takes effect from 12am on Thursday, November 18, 202,” part of the statement read.

The directive from the Roads Minister was however met with strong resistance from Parliament on Thursday, with the Speaker urging him to withdraw the directive.

JoyNews/AdomNews · ‘Until further notice, we are not taking tolls at our toll stations across the country’ – Minister

But speaking on this development on NewsNight on Joy FM on Thursday, the Deputy Minister of Roads and Highways, Stephen Jalulah said the statement from the Ministry was an administrative procedure to forestall any confusion, following the announcement by the Finance Minister.

According to him, even though the Ministry is yet to comment on the issue following the reactions from Parliament, the directive remains in force until further notice.

“So as of now, until further notice, we are not taking tolls at our toll stations across the country,” he told host Evans Mensah.

Meanwhile, a section of the public appears to be divided over the impact of the directive. While some drivers and commuters have welcomed the move, some hawkers and traders say the abolishing of the toll will affect their livelihoods.