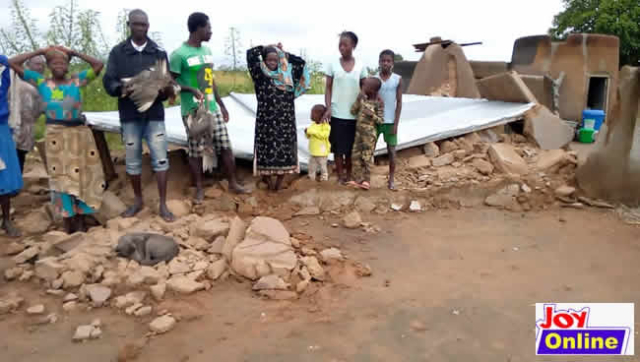 The National Disaster Management Organisation (NADMO) has called on the public to donate relief items to support the victims of the recent flooding in the Upper East region.

“Like the president has always said, we should not be spectators but active citizens. This is where the love of the people are really needed,” he told host of the show Daniel Dadzie.

About 200 houses were destroyed and approximately 640 people were left stranded following recent heavy rains over the last month.

According to Mr Asamane, the 19 injured people are still receiving treatment in hospitals.

He stated that some relief items were ready to be dispatched to affected people in the region.

“We are taking care of those who are not housed by relatives or neighbours and are currently seeking shelter in schools. We are not just going to haphazardly distribute [relief items] to people who haven’t been captured, that is why the register is needed,” he stated.

He also mentioned that government is working tirelessly to resettle the victims of the disaster.