US charges Colombian man over assassination of Haiti president 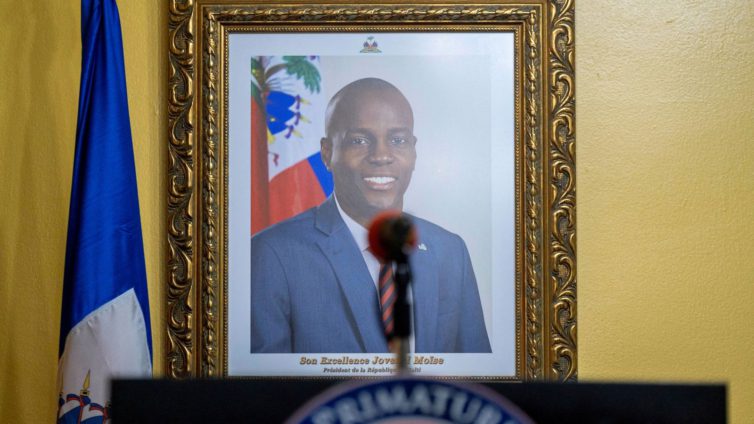 The US government has charged one of the main suspects in the assassination of Haiti’s President Jovenel Moise.

The Justice Department said Mario Antonio Palacios was part of a conspiracy that first planned to kidnap Mr Moise but turned into an assassination plot after conspirators could not find a plane to take the president out of Haiti.

The complaint alleges that on 7 July last year, Mr Palacios and others “entered the president’s residence in Haiti with the intent and purpose of killing President Moise, and in fact the president was killed”.

The 43-year-old former Colombian soldier was charged with conspiracy to commit murder or kidnapping outside the US and with “providing material support resulting in death” – knowing or intending that such material support would be used to prepare for or carry out the conspiracy.

Mr Palacios was detained while he was hiding in Jamaica in October and was due to be deported to Colombia on Monday, but he was extradited to the US instead.

He allegedly spoke voluntarily with US authorities in October and told them he was hired to go to Haiti to provide security and take part in an operation to arrest the president, the complaint revealed.

He allegedly said the initial plan was for co-conspirators to don black hoodies, capture Mr Moise at the airport in June and take him away by plane.

Unnamed co-conspirators then told him – as early as 6 July, a day before the killing – about the plan to assassinate the president, Mr Palacios allegedly said.

A member of the conspiracy – a Haitian-American man referred to as “Co-conspirator #1” – went to the US in late June to get help to advance the plot, the statement said.

Mr Palacios is one of more than a dozen former Colombian soldiers accused over the killing of Mr Moise.

The Colombian government has said most of them were duped and thought they were on a legitimate mission to provide protection.

Appearing in front of a US District Court in Miami, Mr Palacios said via an interpreter that he did not know anyone in the US and that his only income was a Colombian army pension worth about $375 (£277) a month.

He did not enter a plea and requested a lawyer, which was granted due to his limited income.

After the murder last summer, Haiti arrested dozens of people – but this is the first time anyone has been charged over the assassination.

Mr Palacios is scheduled to appear in court again on 31 January and his lawyer said he would probably plead not guilty at the preliminary hearing.

DISCLAIMER: The Views, Comments, Opinions, Contributions and Statements made by Readers and Contributors on this platform do not necessarily represent the views or policy of Multimedia Group Limited.
Tags:
Assassination
Colombian man
Haiti President
US