US Election 2020: You think this has been a long wait? - MyJoyOnline.com

US Election 2020: You think this has been a long wait? 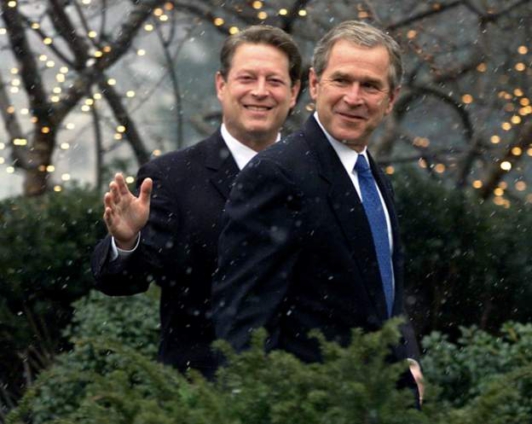 We’ve been waiting days for this election result, and it’s exhausting whatever you want to happen.

But so far it doesn’t compare to the endurance feat that was the 2000 presidential election, which took 35 days to produce a result.

You may remember that the winner, George W Bush, was decided by the Supreme Court – the only time this has happened.

On election day, 7 November, Democrat Al Gore won the popular vote, but things were closer in the Electoral College. Everything hinged on how Florida doled out its 25 electoral votes.

The race was close enough to trigger a recount. Gore’s team asked for four counties to do that by hand, prompting an appeal by the Bush camp.

Weeks later, on 12 December, the Supreme Court ruled in favour of Bush along party lines 5-4, sending him to the White House.

And at the risk of scaring you all, Bush-Gore wasn’t even the longest wait.

The 1876 election took just shy of four months to finalise – currently the US record.

That election was held on 7 November and the result wasn’t decided until 2 March 1877, only a few days before inauguration.

Republican Rutherford Hayes was declared the winner by one electoral college vote over Democrat Samuel Tilden, after a bi-partisan committee was brought in to sort it out.