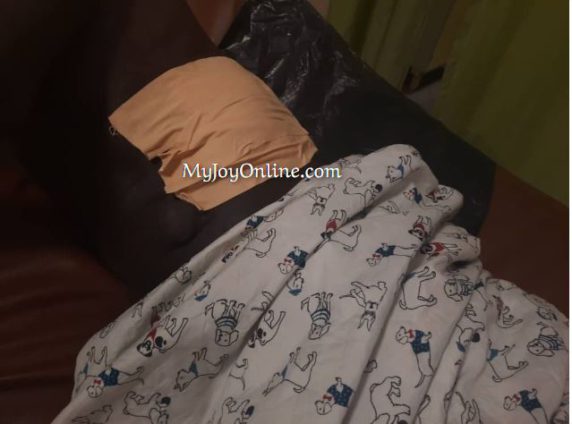 The victim of Tuesday’s shooting in Bimbilla is said to be responding to treatment at the Tamale Teaching Hospital (TTH).

Resident of Bimbilla had accused of a military officer of shooting one Fuseini Osman. Word had spread that Fuseini had dead at the TTH after he was referred from the Bimbilla Hospital to Tamale which angered the residents to mass up in the town to protest.

Medical Doctor in charge of the Accident and Emergency Department at the TTH Dr Sadat Bogobiri said Osman is lucky the bullet has not damaged any internal organ.

He said there was some destruction of the muscle giving the assurance that he will survive.

”He is going to be fine by God’s grace; there is no damage to any major organs so he will be fine,” he said.

Dr Bogobiri said the victim has not bled into the abdomen, adding that he will be managed conservatively until he recovers. He added that some other surgeons would also examine the victim before they draw a conclusion.

Narrating how the incident happen the victim Fuseini Osman said he had packed his motorbike and gone to the forest to work upon returning to pick the motor, he bought food from the market and was heading home when the shooting happened.

He said passing through the market center he was stopped by the police and military who were on an operation to arrest motor riders without number plates, helmet and lights adding he was stopped.

But because he could not stop immediately, he was hit on the head by one of the officers landing him on the ground instantly.

“I had returned from work and bought food passing through the market not knowing they were there, I heard the noise but because I could not stop at once they hit my head with a stick landing me on the ground,” Mr Osman said.

Mr Osman said the officers rushed on him fearing for his life he lifted the motorbike and sat on it to move. He said he heard from behind one of the officers shout: “shoot him and he was hit by a bullet.”

”I rose from the ground and pick my bike they started rushing on me so I took off and I heard him shoot and I was hit.”

Meanwhile, Municipal Chief Executive for the area Abdulai Yaqoub, said the operation was not sanctioned by the Municipal Security Committee adding that it’s a national security operation therefore they should be able to offer answers for what happened.

He said this is the first time the National Security is engaging in such an operation in the area but said they were not informed of the operation.

The MCE who is out of time on assignment said calm has returned to the area.