Lingerie brand Victoria’s Secret has cancelled its annual fashion show amid dwindling television ratings and rising criticism of the event.

The show launched in 1995 and was once a major pop culture event, drawing millions of viewers each year.

Last year it had its lowest ratings ever and drew criticism that it was sexist, outdated and lacked diversity.

The brand’s parent company L Brands said it was important to “evolve” its marketing strategy.

“We’re figuring out how to advance the positioning of the brand and best communicate that to customers,” Stuart Burgdoerfer, L Brands chief financial officer, told investors on an earnings call.

Nevertheless, he said the shows were “an important aspect of the brand and a remarkable marketing achievement”.

The show was a milestone in the career of many supermodels including Tyra Banks, Heidi Klum and Miranda Kerr.

Changing attitudes appear to have hit sales and the brand’s bottom line.

Poor sales at Victoria’s Secret weighed on the performance of L Brands, which reported a net loss of $252m (£195.1m) in third-quarter results announced this week. 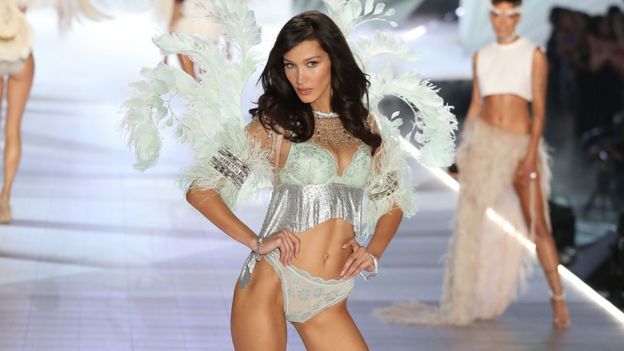 The underwear brand has also faced a number of recent controversies.

Last year, there was a furious response to an interview in Vogue with then-chief marketing officer Ed Razek who suggested “transsexual” models should not be part of the event.

He later apologised for the comments and left the company earlier this year.

Epstein died in prison in August while awaiting trial for sex trafficking charges.

Mr Wexner employed Epstein as an adviser, but cut ties in 2007, and has previously accused Epstein of misappropriating money.