Video: Comedian Steve Harvey in Ghana for Year of Return

The Year of Return, an initiative aimed at marking 400 years since the first black slaves landed in Jamestown Virginia is taking off like fire.

Already, the initiative that urges Africans in the diaspora to come back home, has seen an array of celebrities make their way into Ghana to explore, learn and appreciate their roots.

American comedian and television host, Steve Harvey, has joined the array of African American diasporan who have visited to learn more about their roots to slavery.

The Minister of Tourism, Babara Oteng Gyasi and the Year of Tourism committee met up with the comedian at the W.E.B DuBois Centre in Cantonments, Accra.

Steve Harvey was greeted by Mrs Oteng Gyasi who disclosed she was ecstatic to have the actor visit the country.

The comedian is in town with his family to visit the various tourist sites including the castles where slaves were kept, learn more about Ghanaian music and also about the African roots.

Steve Harvey is not the only celebrity from the United States to have come to Ghana.

Actor Boris Johnson, in late 2018, along with some of his friends from Hollywood, came to the country to spend Christmas. 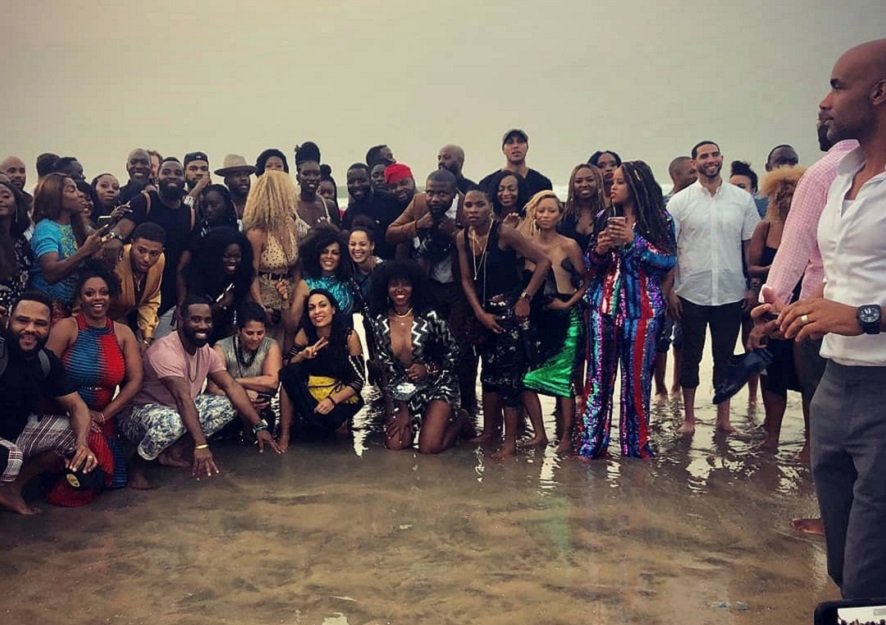 They explored the castles, markets, traditions, culture. In their adventures and quest to learn more about traditions, Michael Jai White got enstooled as ‘Odupong’ of Akwamu Traditional Area by the Akwamuhene Odeneho Kwafo Akoto III – Akwamumanhene. Also, in honour of the celebrations, the committee organised a music festival which saw sensational artiste Deborah Cox, Ernie Smith, Irvin Mayfield and reggae band Third World coming to the country to perform and explore the music, art and culture.

After tracing his roots to Gabon, ace actor Samuel L Jackson, also made his way to Ghana to shoot a documentary on slavery.

His adventures in the country included visiting local markets like Makola, fish markets in cape coast and many others to have a feel of the culture and the people.