Videos: Daddy Lumba and Amakye Dede perform on the same stage in Kumasi 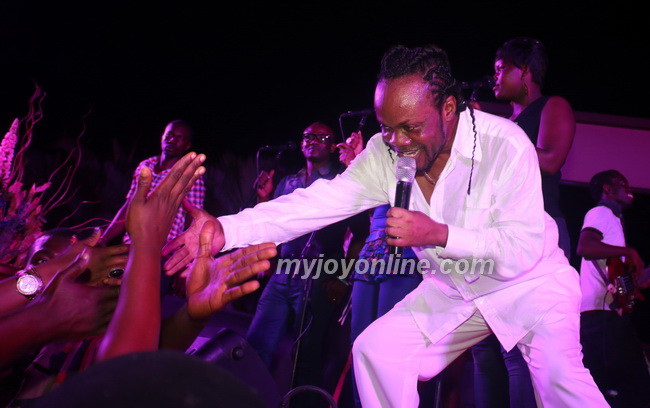 Two of the country's biggest Hi-Life artistes, Abrantie Amakye Dede (aka Serious) and Charles Kwadwo Fosu (aka Daddy Lumba) perform for the very first time on the same stage in Kumasi at the Miklin Hotel on the Historic 'Aseda' tour.

The two artistes have been in the music industry for over 25 years and had an unspoken rivalry brewing between them.

The organizers of the show knew they would have a sold out concert and therefore were not bothered the show was on the same date as the biggest music concert in Ghana, the Ghana Music Awards.

The event grounds was filled to capacity on the night. Kofi Nti and Kofi B said on stage that the two giants were their mentors and honoured them by singing their songs.

Watch their performances below:

Daddy Lumba performs 'Biribi Gyegye Wo' and 'Aben Wo Ha':