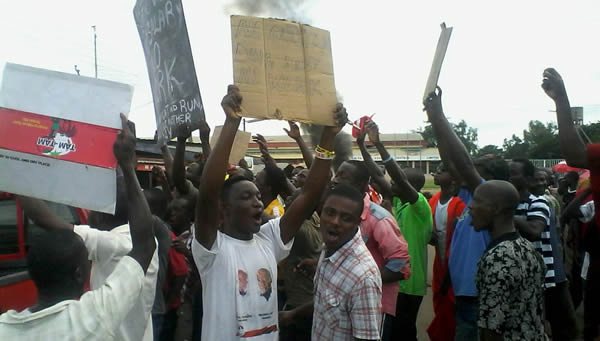 Over 800 workers of Volta Star Textiles Company Limited are demonstrating at the factory over nine months of unpaid salaries and outstanding allowances.

The agitated workers have locked up the factory since Monday, November 2, 2015.

“We will not return to work until President Mahama comes to explain things to us,” they told Joy News.

After a meeting with the management of the company last week, the Deputy Minister for Trade and Industry, Kweku Ricketts-Hagan said government was committed to addressing the issue.

He said government does not have a problem paying the salaries but has a challenge with the arrears, noting that the monies cannot be paid at a go.

The company is not on government payroll, the minister noted, “they pay themselves through their production but they are under-producing at the moment even though they have an off-taker."

The workers rejected the minister’s assurance and refused to resume work and went ahead to lock the factory and burn car tires at the factory.