Volta will get its share of national cake when NDC comes to power - Mahama - MyJoyOnline.com 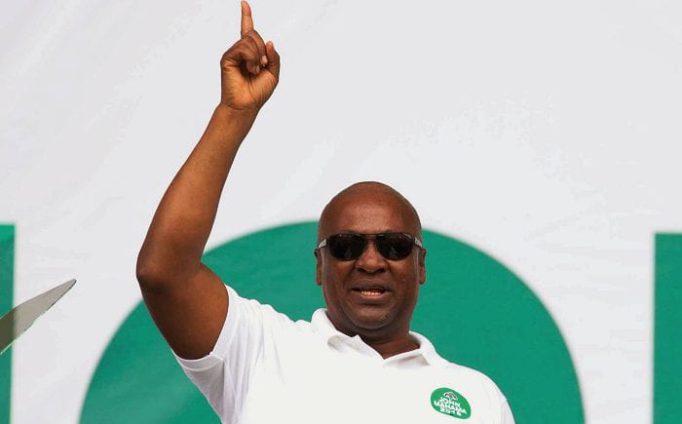 Former President John Dramani Mahama has assured that the next NDC government will address development challenges facing the Volta Region.

He said the NDC is concerned about the development of the Region, and would ensure that its needs are attended to.

Former President Mahama made the pledge in Ho, when he visited the Region as part of his nationwide ‘thank you tour’. He said Volta Region remains the NDC’s proud stronghold and expressed gratitude to the chiefs and people for continuing to give the party the highest votes in elections.

Mr. Mahama alleged that the majority of projects including; roads and sea defence walls initiated by the Party in the Region have been abandoned.

He added his voice to calls for the Ghana-Togo border to be re-opened, saying it affected the economy of the border town.

The former President bemoaned the fact that the Volta Region suffers its share of nationwide youth unemployment, and reiterated the willingness of the NDC to address the daunting challenge.

Mr Mahama, who spent the day in Ho, met with Chiefs of the Asogli State, and religious leaders in the Region, appealing for support for the NDC’s efforts at electoral reforms.

He later met supporters of the Party to whip up support for the Party’s re-organization efforts before departing for the Oti Region.