A Samsung smartphone advertised as being water-resistant has failed a water immersion test by a leading product review site.

The Samsung Galaxy S7 Active stopped working after being put in a tank that simulated the effect of being about 5ft (1.5m) underwater.

Consumer Reports repeated its test on a second model, which was also damaged.

Samsung said it was possible defective devices were "not as watertight" as they should have been.

When removed after half an hour, the first phone's display was non-responsive and marred by green lines. Bubbles had also formed in its two camera lenses.

Samsung's website stated the Galaxy S7 Active, which is sold in the US but is not available in the UK, is IP68-certified.

The ingress protection rating signifies the phone can withstand "continuous immersion in water".

Consumer Reports made headlines six years ago when it flagged a problem with the iPhone 4's antenna before Apple had acknowledged the issue. 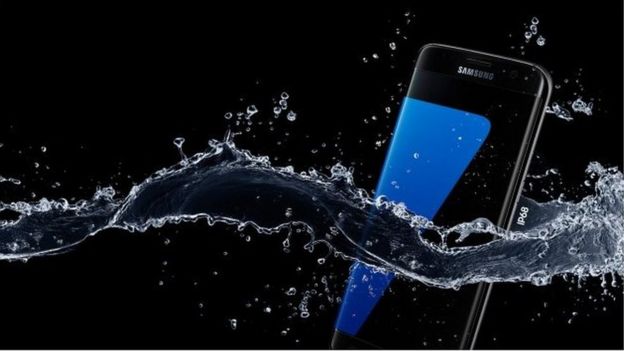 The non-profit organisation said neither handset was usable following its experiments.

It noted the standard Galaxy S7 and Galaxy S7 Edge models, which are also IP68-certified, had not sustained water damage during the same test conditions.

"While Consumer Reports generally doesn't evaluate phones for this feature, we do perform an immersion test when a manufacturer claims that its product is water-resistant," it said.

"When we recently evaluated the Galaxy S7 Active, it failed this test."

Samsung said it had received "very few complaints" about the issue, and that handsets should be covered under warranty. The Active model first went on sale in June.

"There may be an off-chance that a defective device is not as watertight as it should be," it said, adding that it would investigate the issue. 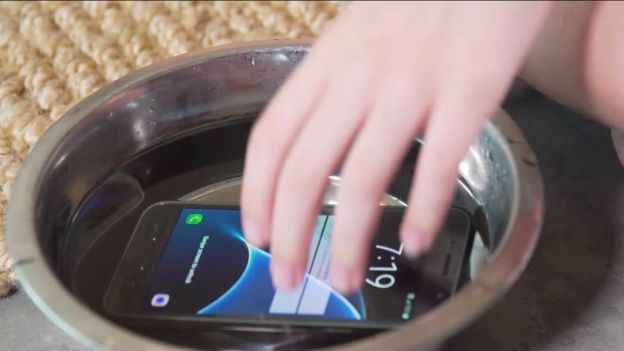 "The IP rating of your device was achieved in laboratory conditions in standby mode, so you should not use the device underwater, such as taking pictures," advice on its water and dust protection page states.

Samsung is expected to report its most profitable quarter in more than two years thanks to strong sales of the Galaxy S7 range.