We are not safeguarding the public purse - Joseph Winful on 2020 Auditor-General’s report - MyJoyOnline.com 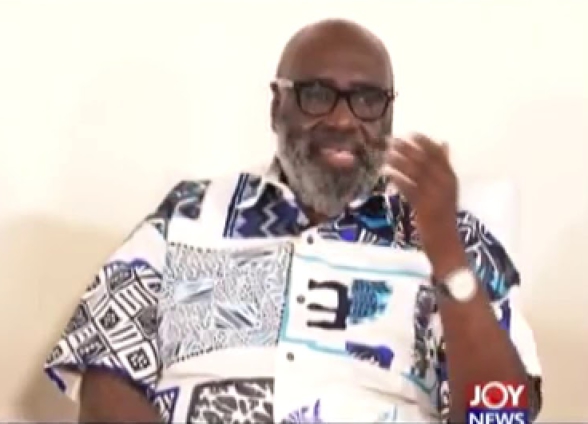 Chairman of the Internal Audit Agency, Joseph Winful says the 2020 Auditor-General’s report reveals that the public purse is not being protected.

According to Mr Winful, the Auditor General in his report recorded several anomalies where institutions made purchases of items that were not utilised, thereby leading to no value for money.

Speaking on JoyNews‘ PM Express on Tuesday, Mr. Winful, argued that such actions indicate that the public purse is not being safeguarded as stated by the government.

“What we have to pay attention to is the waste in the system. If you are to examine the processes that we go through, you’d see that we are spending money unwisely or we are spending money that should not be spent because there is no value in the outcome of the disbursement, but we still do it,” he told host, Aisha Ibrahim.

His comments come after the 2020 Auditors-General’s report disclosed that the Electricity Company of Ghana (ECG), between 2014 and 2016, procured prepaid meters and conductors worth ¢59million, but the machines are still locked up in the company’s warehouse.

The report also noted that the ECG lost 2,649.08 GWh, which represents 24.30% of power purchased from the power-producing companies to system losses.

It also emerged that the Social Security and National Insurance Trust (SSNIT) registered a total loss of $11.79 million from the liquidation of three of its investments with a total cash outlay of $14.768 million.

On the matter, Mr Joseph Winful further explained that the waste of resources was partly recorded due to the lack of interest by Ghanaians in the financial management systems.

According to him, there is a lack of interest because the average citizen either does not understand the process or has been deprived of such knowledge.

“There is a school of thought that part of the problem we have in Ghana is because the citizenry is not interested in the financial management of the country. They are not or do not understand it or we have deprived them of the knowledge of understanding what is expected.

“If you were doing a concert on the TV, you’d have more patronage than if you were discussing flaws within our financial management systems. Maybe that is why. So a greater number of our population have not shown much interest in the standing or appreciation of the need for effective financial management,” he stated.

For him, the populace showing interest in the financial management system “is what will lead to the effective utilization of our resources for the benefit of the people of Ghana.”