We have delivered on roads despite Covid-19 – Ofori-Atta 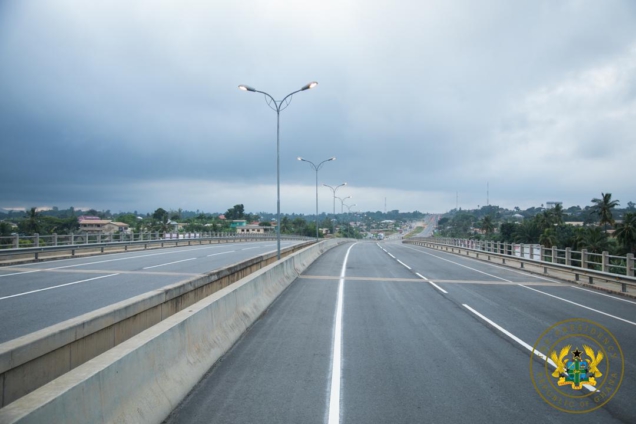 Government has indicated that it has delivered on its major promise for the “year of roads” despite the ramifications of Covid-19 on the country.

According to Finance Minister Ken Ofori-Atta, the effect of the pandemic did not deter government from delivering on its promise to construct more roads for the country.

The Akufo-Addo-led government tagged 2020 as the “year of roads.”

The Minister indicated that among the many road construction projects, the Tema Motorway Roundabout, a 3-tier interchange, and the Pokuase Interchange [under the Accra Urban Transport Project] have been completed and commissioned.

“As a Government, we have been preoccupied with providing connective infrastructure to spur socio-economic development. This has remained a high priority as it is a bedrock for the agenda to make our country the Regional Hub for trade, manufacturing, and logistics,” Finance Minister Ken Ofori Atta said at the 2020 Mid Year Budget review.

He added that residents of urban centers, especially Accra, Ho, Kumasi, and Takoradi, are seeing continued improvements in inner-city roads in their metropolis.

The Minister also said the construction of critical inter-regional road projects and bridges, including the Eastern Corridor Road Phase I are all at various stages of completion. He went on to say that major rail projects are also underway.

“Road contractors have seen increased payment of claims by this Government. We have paid road contractors approximately ¢6.4 billion from 2017 to date. That substantially helps them to meet their obligations and sustain their operations,” he said.

He added, “a contract for the purchase of 35 trains has also been signed. A set of nine trains will be delivered within 18 months.”