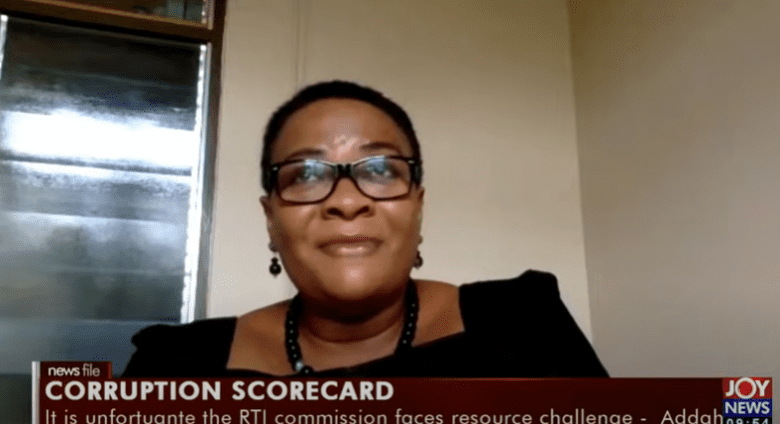 The Programmes Manager of Ghana Integrity Initiative (GII) has called on the Office of Special Prosecutor to put into action the promise he made to fight corruption in the country.

Mary Awelana Addah speaking Newsfile on Saturday said though Ghanaians wholeheartedly support the call to fight the canker, the call should be complemented by action.

This, she explained, was because “we have heard a lot of talks” on corruption.

“We would like to tread cautiously with our optimism…we would want to see action,” she stated.

Her comment comes against the backdrop of the Special Prosecutor, Kissi Agyabeng vowing to suppress and repress corruption in the country during his swearing-in ceremony on August 5, 2021.

Mr Agyebeng, in his acceptance speech, noted that the country is currently facing two pandemics that need urgent attention and stressed that he will make corruption a high-risk venture.

“As I come into this office, I pledged to the people of Ghana, as I said only two weeks ago, that I’m going to work assiduously with delegation to suppress and repress corruption,” he said.

Also addressing the press to commemorate International Anti-Corruption Day, Mr Agyebeng disclosed that his Office has completed a review of 31 the alleged cases of corruption and corruption-related offences before it.

The GII Programmes Manager lauded him but wanted to see more than talk.

According to her, the Special Prosecutor has identified 31 cases of which are currently under investigation as it stands now.

She is expecting that he reveals the corruption-related cases amongst the 31 cases identified.

She noted that, when this is done, “we will begin to have the trust that this office is actually going to suppress, it is going to repress and it is going to vigorously pursue the anti-corruption agenda.”

“We would want to see. If he begins and we see one case going to Court and he [Special Prosecutor] pursuing it. Then we will begin to also believe that it is not another case where we are seeing a Special Prosecutor in office for three years who has not been able to prosecute one single case as we had in the past,” she indicated.