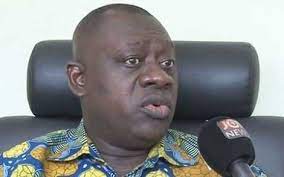 The Majority in Parliament has called the bluff of members of the Minority on the Appointments Committee over threats not to approve the appointment of Martin Adjei Mensah Korsah as Deputy Minister for Local Government.

The Minority boycotted Martin Adjei Mensah Korsah’s vetting on Friday due to the controversy surrounding the outcome and violence that characterized the 2020 Parliamentary election in Techiman South, that led to the death of 2 persons.

The Minority Leader in Parliament, Haruna Iddrisu was emphatic that his caucus will not approve the appointment of an individual elected through dubious means, which escalated into violence and deaths.

But speaking to JoyNews, Monday, MP for Akuapem South, Osei Bonsu Amoah stated that, the approval of a nominee is dependent on the number of votes he or she obtains on the floor of the House.

He said threats by the Minority are of no effect since majority of MPs present in the House and voting, will decide the fate of Martin Adjei Mensah Korsah based on his qualifications.

Mr O.B Amoah further stated that a reversal of the decision by the NDC will be appropriate.

“If they choose to reverse what they have done and come in to debate, we are ready. We will debate and then eventually, if they think that because they did not take part, it should not be by consensus, the process will go on,” he added.

DISCLAIMER: The Views, Comments, Opinions, Contributions and Statements made by Readers and Contributors on this platform do not necessarily represent the views or policy of Multimedia Group Limited.
Tags:
Appointments Committee
Deputy Minister for Local Government
Martin Adjei Mensah Korsah
O.B Amoah