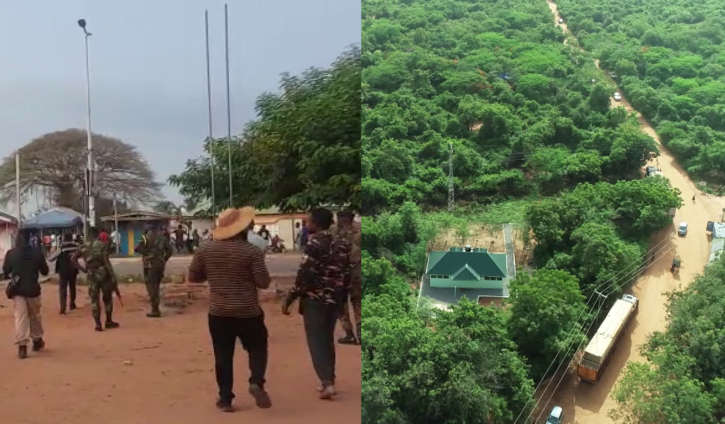 There was high tension at Nkoranza in the Bono East region as the community accuses police of killing an innocent trader in a suspected armed robbery incident.

The family of a 28-year-old trader, alleged to have suffered police brutality, says it will not relent until justice is served on their relative.

Albert Akwasi Donkor, who is also a footballer and digital television installer, is said to have been picked up by officers from his Nkoranza home by the Police in an unregistered vehicle on suspicion of being an armed robber and shot on April 25, 2022.

Scores of unemployed nurses hit the streets of Accra to demand immediate posting by the Health Ministry.

The nurses on Tuesday started their protest from the Independence Square through Ridge to the Health Ministry to present a petition.

They accused the Ministry of using a ‘backdoor approach’ in posting persons who completed school recently and leaving those who completed years ago, hence the protest to register their displeasure of being treated unfairly.

There were reports that government has through an Executive Instrument (E.I), said the very popular reserve [Achimota Forest] is no longer a forest reserve.

But addressing the press on Tuesday, the Minister for Lands and Natural Resources, Samuel Abu Jinapor emphasised that, widespread reports about the supposed sale of the Forest are false and baseless, as government has no such plans.

These are some of the major stories which featured in the news this week.

Hannah Odame brings us a wrap.