What MASLOC Failed To Do 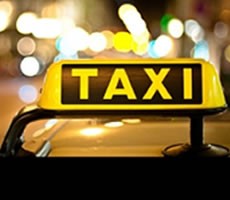 When people accuse you of doing something wrong and you are presented with the opportunity of setting the records straight, all you need to do is to tell it all by leaving no room for more snooping. You miss the mark when you fail to explain it all by providing minute details of the incident or the issue you are being accused of. Many a time you don’t get second chances to tell your story or put your accusers to shame.

That is why there have been many instances whereby innocent people or organizations have been falsely accused of wrongdoing but have not been able to explain themselves convincingly to put those issues to bed.

Talking about false accusation brings to mind the story by the Daily Guide newspaper that the NDC government was going to give 400 cars for its foot soldiers through the Micro-Finance and Small Scale Loans Centre (MASLOC). Everybody knows that the NDC has millions of foot soldiers so just selecting 400 foot soldiers out of the huge pack to dole out cars would be extremely difficult than a camel going through the eye of a needle, which therefore, renders the story by the Daily Guide as false.

The Public Relations Officer of MASLOC, Mustapha Abubakar who debunked the Daily Guide story stated that MASLOC has no intension of limiting its activities to mere partisan politics. He further stated that it is the policy of MASLOC to help Ghanaians who are into small businesses and that the organization is not ready to engage in corruptible acts. These are good sound bites but it does not explain it all.

I have a friend (Kwame not his real name) who drives somebody’s taxi at Lapaz in Accra. Kwame made a decision that it was about time that he drives his own taxi so he applied for a taxi (loan) from MASLOC way back in June 2011. He did not know anybody at the organization but wrote his application letter and sent it to the offices of MASLOC. According to Kwame, he calls the MASLOC offices once every two weeks to check on the application. Unfortunately for Kwame, each time he checked on his application he was told that the cars are not yet ready.

Kwame was about to give up when he received a call from MASLOC in April 2012 that he is to attend an interview in connection with his application for the taxi (loan). He was asked to come with some documents, so Kwame went to the interview site and saw so many people gathered there. Fortunately for him he met two of his taxi driver friends who have also applied for the taxis (loan). Not long after, Kwame said he was called to a room where he met a three-member interview panel who interviewed him. Kwame was told to leave after the interview and that he would hear from MASLOC.

According to Kwame, he could not believe his ears when three weeks after the interview, he again had a call from MASLOC to come and make a down payment of a little of over 2,000 Ghana Cedis since he has been selected as one of the beneficiaries of the taxis being given out on loan.

Kwame claims emphatically that he does not know anybody at MASLOC. In fact he is not a foot soldier of the NDC but claims he has voted for both the NPP and NDC in the past. Therefore, to Kwame he was selected on merit and his ability to inform the interview panel what he would do with the taxi and how he was going to repay the loan.

This is what I expected the PRO to explain to Ghanaians, that MASLOC accepts applications from anybody who is interested in the taxis (loans) and that those qualify are called for interviews. In fact I am told that officials of MASLOC interviewed prospective applicants of the loans on a regional basis.

Furthermore, I have learnt that MASLOC is even going to organize seminars for all those who finally got the taxis (loan) on how they should make their monthly payments promptly. The seminar is also aimed at educating the drivers to desist from writing bad checks as a bounced check could lead to the repossession of their taxis.

Mustapha Abubakar should have also used the opportunity to explain to Ghanaians that since his organization intends to recoup its investments, it signed an agreement in May this year to outsource its loan recovery activity to UT Collections Limited.

Some people think that MASLOC is an extension of government dole outs, which is why dating back to the NPP days through the NDC; some people who acquired the cars (loans) have failed to repay the loans. Next time when the back of MASLOC is unfairly pushed to the wall and they get the chance to right the wrong, we expect them to thoroughly tell their story better to explain exactly what they do. This would help in better educating the public on what they do. Just denying a false story will not cut it. Ms. Bertha Ansah-Djan, Chief Executive Officer of MASLOC, over to you and your team!