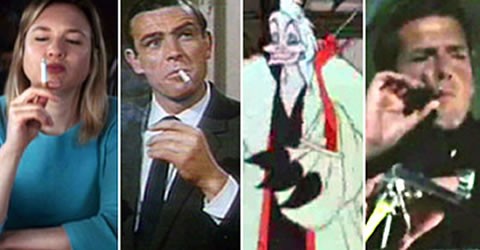 In recent weeks there have been growing controversies over the dynamics of tobacco business in Africa, with sustained interests in the fate of tobacco growing countries, the future of tobacco manufacturing business and the burden of tobacco epidemic in the region, which has stimulated so much media coverage.

Across the region, there have been over 100 media reports in print, radio and television, presenting views and alternative arguments both against and in favour of tobacco business. As the campaign grew stronger, among those advocating for balance between the business and the health concerns around tobacco use, and the World Health Organisation’s Framework Convention on Tobacco Control (FCTC) on one side, and the tobacco industry on the other hand, so much issues have been raised that require further investigation.

In May this year, the face of the campaign changed at the end of the International Tobacco Growers’ Association meeting with Antonio Abrunhosa, chief executive officer of the ITGA calling on tobacco farmers to resist losing their livelihood, thereby creating a form of movement to resist the WHO FCTC’s draft report on Articles 17 & 18, which takes a look at tobacco farming in relation to providing economically viable alternative.

In a press statement released at the end of ITGA meeting, Antonio says an entire region’s economy is being put at risk by this “new form of imperialism” by health officials with no experience in agriculture. “With nothing to show for their efforts to find alternatives to tobacco farming, they’re moving toward telling governments to make it impossible for farmers to keep growing tobacco, regardless of the impact on millions of jobs.”

Such a statement, when compared with the reality that much of the Africa nations are still developing, an ideology, which is bent to cutting the livelihood of a section of the economy, if so, and coming from the WHO in their FCTC, would be seen as completely unreasonable and out of touch. This also leaves a lot of questions raging.

Francois van der Merwe, chairman of ITGA Africa Region, further sustained this argument, when he said the decision makers within the FCTC have moved beyond their original intention of helping tobacco farmers find viable alternative crops. “This shift is happening with a complete disregard for the fact that tobacco is one of the only crops that provide sustainable income for many families in this region.”

In a very quick response from the Africa Tobacco Control Consortium, the African coordinator of Framework Convention Alliance (FCA) Mr. Tih Armstrong Ntiabang described the statement from ITGA as “tobacco industry tactics”, adding that the draft article being referred to by the ITGA is about providing alternatives to tobacco farmers, not about forcing the farmers to leave their jobs.

He said, “we consider the statement by Antonio Abrunhosa, chief executive officer of the International Tobacco Growers Association (ITGA), as misleading and a deliberate attempt to raise opposition against the WHO Treaty, using tobacco farmers”.

The big question is, who then wants the tobacco business dead? What is this FCTC all about? Is it “a complete disregard” for sustainable income for many in the region as described by Francois van der Merwe?

According to WHO, tobacco is the leading cause of global death and illness. Tobacco use is responsible for 1 in 10 adult deaths, and if current patterns continue it will kill more than 8 million people per year by 2030. Up to half of the world’s more than 1 billion smokers will die prematurely of a tobacco-related disease.

Faced with the devastating effects of the tobacco epidemic, world leaders in 2003 adopted the WHO Framework Convention on Tobacco Control (FCTC), a binding international treaty, which currently has as Parties 174 countries, plus the European Union, accounting for almost 90 percent of the world’s population.

FCTC Parties set up various working groups to examine in detail particular issues, including one on sustainable alternatives to tobacco farming, known as the Articles 17 &18 working group, which is opened to all FCTC Parties and currently includes a broad cross-section of countries where tobacco is grown, including India, Brazil, the European Union, Turkey and 13 African countries (Burkina Faso, Cameroon, DR Congo, Djibouti, Ghana, Kenya, Madagascar, Mali, Nigeria, Rwanda, Senegal, Tanzania, Zambia). The focus of this Article has been the need to improve the difficult economic and social conditions of many tobacco growers and workers.

As a background to this current debate on the economics of tobacco business and the FCTC in Africa, the members of the working group recently completed a draft version of a report that will be presented to the Conference of FCTC Parties (COP) in November, 2012.

In contrast to the statement from ITGA, and subsequent reports in the media, this draft version of the report does not call for a ban on tobacco or tobacco farming, and its not aimed at forcing tobacco farmers to leave their means of livelihood. The report addresses as primary purpose the need to identify ways to assist farmers who are interested in alternatives to tobacco growing, which promises high returns but often does not deliver them. In practice, tobacco leaf companies and cigarette makers provide farmers with loans for input and equipment, which keep them poor and indebted in many instances.

The working group notes that because the world population is still growing and implementation of the FCTC is only just beginning in many countries, it is unlikely that demand for tobacco leaf will drop substantially for many years. It also noted that even when FCTC-related declines in demand for tobacco leafs become noticeable as a result of shift to more economically viable alternative products, they will be slow, allowing for a lengthy transition from tobacco farming. These facts were not provided in ITGA’s arguments, perhaps validating Mr Tih’s statement describing ITGA’s press statement as misleading.

It would be recalled that in 2010, there was a similar campaign by the ITGA, in the run-up to the fourth session of the COP, in November 2010. In a press release on 31 Aug. 2010, the ITGA said: “… if the WHO imposes an ingredient ban on blended tobacco it will have disastrous consequences for many African countries, including many of its members. Tobacco growing is critical to the economies of some of Africa’s poorest countries. These guidelines will unnecessarily cripple their economies and result in hundreds of thousands of African tobacco farmers losing their livelihoods.”

However, all of the guidelines proposed at the COP in 2010 – including those that the ITGA objected to specifically – were adopted at the meeting, and the doom and gloom predicted by the tobacco industry has not occurred. In fact, recent figures show that tobacco production, and prices, in countries like Zimbabwe and Malawi are up in 2012 compared to 2011.

Although the ITGA describes itself as a non-profit organization that works to advance the cause of millions of tobacco farmers to the world, it is important to note that the ITGA was set up by cigarette manufacturers, and continues to depend on their financial support. The ITGA’s interest can therefore not be separated from that of the tobacco industry.

The industry’s focus remains to thwart any tobacco-control measures that have the potential to impede their business: hooking a new generation of smokers, while ignoring the real facts and preferring to use the sentiments of tobacco farmers to gain the ear of governments in tobacco-growing countries, and the attention of the media.

It is imperative to note that the FCTC being a global treaty is not a decree and any recommendations contained in the final version of the report of the Articles 17 & 18 working group will need to achieve consensus among the 175 Parties to the FCTC, including tobacco-growing ones, before they are adopted by the COP in November. Afterwards, Parties would choose whether to accept or reject them.

According to the Framework Convention Alliance (FCA) in Geneva, “one of tobacco industry’s biggest fears is that in November, FCTC Parties will agree on guidelines for governments to use to enact tobacco taxes. It has long been known that raising cigarette prices, including through taxes, is the most effective way to cut consumption. Rather than talk about the tremendous health gains to be made by raising taxes, the industry prefers to divert attention by rehashing old scare stories about faceless UN bureaucrats who are blind to the lives of poor farmers”.

The argument is clear, if the concern of ITGA and tobacco farmers is that the FCTC will take away farmers’ livelihood and force them out of business, neither side of the divide has either expressly stated or established that. If the concern of WHO FCTC is to reduce the burden of tobacco use, and prevent the death of millions of users and make plans for better alternative to the people growing tobacco ahead of eventual decline in tobacco use, how is that a negative move? Who then is afraid of tobacco?