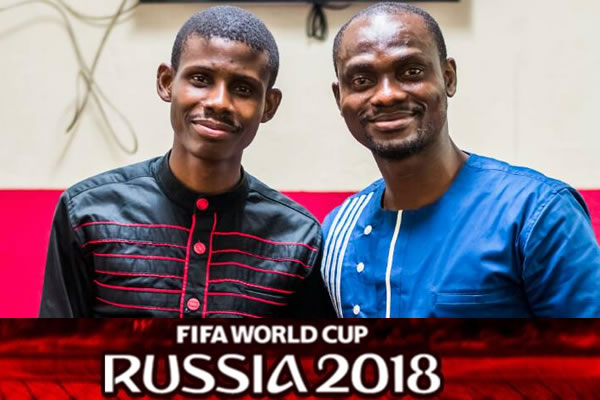 Myjoyonline.com begins its coverage of the World Cup in Russia with writers Nathan Gadugah and Edwin Appiah looking at the end from the beginning.

While this year’s World Cup may not produce too many surprises, it may well be the year the world will see the two most decorated Ballon D’or winners- Christiano Ronaldo and Lionel Messi play each other at the World Cup for the first time and most likely for the last.

And it may, sadly, not be the year the gods of football will bless any of them with the gift of a World Cup, the only missing trophy, in their rich trophy cabinet.

It will be the trickiest Quarter Final duel but one of them, instinctively Ronaldo’s Portugal will scrape through to the semis and will be defeated by Germany.

In what will be a repeat of Japan Korea 2002, Brazil will edge past Germany in a nerve-racking final to once again underline their superiority in a tournament they have won far more than any other country has.

I am neither Octopus Paul of South Africa, nor Russia’s highly gifted soothsayer cat. I am Nathan Gadugah, a disappointed footballer turned pundit and a journalist with Myjoyonline.com.

This here is my prediction for the 2018 World Cup which will kick start in some few hours from now.

It will not be the revenge they wanted after that 7-1 demolition at their own backyard but when Brazil meet Germany in the final they will grind the results that will restore the lost glory for the proud Selecao.

For many who are looking for a surprise in Russia 2018 they may well be disappointed because the dark horses will run but in the end it will be elites of world soccer who would roar.

Eden Hazard, De Bryune and their compatriots who, on any day, are a delight to watch must be extraordinary as a team for the golden generation of Belgium to break the monotony of a world cup dominated by few elite countries.

Out of my eight finalists, five of them are past winners. Belgium, Portugal are the only outsiders who made the last eight with Senegal being the only African team to get to where African sides normally get to in the competition when they are in top form.

Germany, a compact, well-oiled side is likely to have a stroll on the park against Senegal in the last eight, with the fluid, sublime Selecao beating Belgium, Spain without their substantive Coach Julen will beat France with Portugal inching past Argentina.

In the last four Brazil will pip Spain, Germany will condemn Portugal to set up a cliffhanger of a final only for Brazil to snatch victory in the end.

That’s my prediction! Enjoy the World Cup and our coverage here on Myjoyonline.com

It would have been almost a no-brainer to determine who wins the 2018 World Cup in Russia if Ghana had qualified. It is easier to predict the winner if Ghana Black Stars were participating.

In the last three appearances, two finalists – Italy (2006) and Germany (2014) have come from their group and a semi-finalist in the form of Uruguay needed to defeat the Black Stars to progress beyond the quarter-finals in 2010.

What could have been easily done in the presence of the Black Stars would now have to be done in their absence via the harder way of some sort of technical analysis.

Predictions are not what actually play the game otherwise pundits will be more highly regarded by FIFA than referees.

So we can take this prediction as an attempt to study class of the teams and history of their nations to predict their form and the future in Russia.

Using data from the last four editions of the UEFA Champions league and the last three editions of World Cup, it is possible to see that the winner in Russia is likely to come from any of the semi-finalists in the 2018 Champions League.

That makes it Spain, Germany, Italy and England. The country of a semi-finalist in the last four Champions League goes on to win the World Cup.

Semi-finalists in the Champions League and World Cup winners.

But an added layer is that if we pick Spain as a likely winner, we must add Brazil or at least a South American side because the Spanish La Liga is highly powered by South American players.

At least 8 of Brazil's 23-man squad have played or are playing in the La Liga while Argentina can count at least nine.

This is why in using the countries who play in the Semi-finals of the Champions League, it is also revealing to identify which players actually power these leagues.

If you use these two indicators – Champions League semi-finalists plus the countries of the players who power these leagues, some interesting pointers help to edge closer to the likely winner.

It is better to place England, as a dark horse than a winner because the English league is not powered by English players. Sure Harry Kane's 30 goals made him the third most lethal striker among the top five European leagues after Messi, Salah and Dele Ali, has attracted interest from Spain but that is why this crop of English players are at best dark horses.

And so we have defending champions Germany, Champions league winning nation Spain and perennial contenders Brazil who after a shambolic performance as host of the 2014 edition would treat Russia like a wounded lion.

Two days ago, I would pick Spain as 2018 World Cup winner. But the sacking of coach Julen Lopetegui 48hours to the start of the campaign is likely to tell, when Spain push their campaign in the deeper stages.

And so we have Germany and Brazil and here is how far the analysis can help pick a winner. Maybe their groups can help predict who has an easier path but at this stage this analysis is difficult to calculate. Maybe after the group stages, it would be easier to do this.

The next sentence is based on a simple gut instinct. I would pick Brazil.