Why does chocolate give me acne? - MyJoyOnline.com

Why does chocolate give me acne? 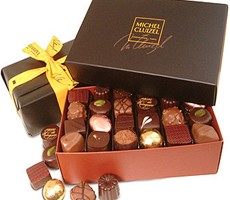 Overview
Scientists do not understand the role that diet plays in the development of acne. Most scientific studies have found that no specific foods, including chocolate, are capable of triggering acne outbreaks. Nevertheless, many acne sufferers anecdotally report that chocolate exacerbates symptoms of this common skin condition. More studies are needed to determine chocolate’s role in the development of acne outbreaks.

Expert Insight
The American Academy of Dermatology says that food does not cause acne. The organization acknowledges that many acne sufferers link their outbreaks to specific foods, including chocolate, but regards the chocolate-acne link as “myth.” Nevertheless, the AAD does recommend that acne sufferers eat a healthy, balanced diet, especially if certain foods appear to trigger flareups. Because the bulk of scientific evidence suggests no link between the consumption of chocolate and the augmentation of acne symptoms, the AAD does not explicitly recommend avoidance.

Evidence
Scientists began formally investigating chocolate’s role in acne symptoms in 1969. A study published in the “Journal of the American Medical Association” found that the consumption of chocolate did not increase acne symptoms. It also failed to trigger an increase in the production of sebum, the waxy compound responsible for acne development. A separate study in 2011 contradicted the 1969 findings. Researchers at the University of Miami Miller School of Medicine determined that chocolate did indeed exacerbate acne symptoms for some patients. However, the 2011 study was not peer-reviewed or published in a scientific journal, so its veracity remains questionable.

Role of Sugar in Acne
Sugar in chocolate may be partially responsible for its reputed tendency to worsen acne symptoms. A 2009 review, published in the “Journal of Clinical and Aesthetic Dermatology,” postulated that foods rich in carbohydrates may increase the frequency and severity of acne outbreaks. A diet of sugary, starchy foods can trigger an increase in the release of insulin-like growth factor 1, or IGF-1, which is a hormone that can worsen acne symptoms. More studies are still needed to determine if a reduced-sugar diet can effectively reduce the symptoms of acne.

Other Factors
Other factors besides sugar may influence chocolate’s role in the genesis of acne symptoms. The scientists at the University of Miami Miller School of Medicine suggested that stimulant compounds in chocolate known as methylxantines may contribute to acne development. Specifically, the caffeine-like methylxantine theobromine — responsible for chocolate’s renowned mood-elevating effects — may play a role. Methylxantines are found in their highest concentration in dark chocolate, while milk chocolate contains low amounts and white chocolate contains none. Acne sufferers concerned about the role of chocolate may consider temporarily eliminating the food from their daily diets.