Why don’t I want to have sex with the man I love? 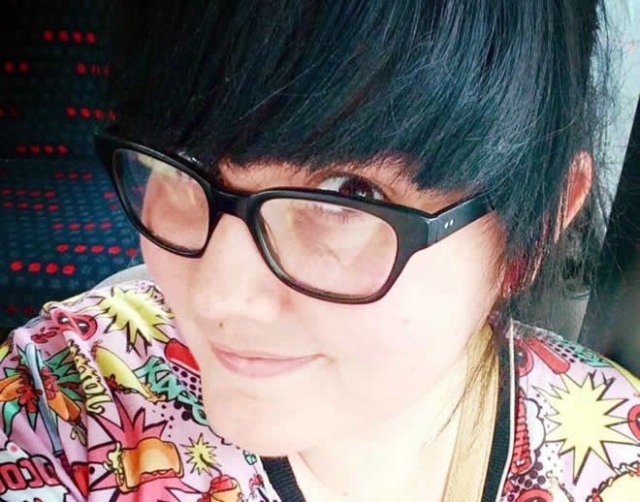 It is thought that between 1-3% of the population is asexual, meaning they do not feel any sexual attraction to other people. For years Stacey was puzzled about why she never wanted to sleep with anyone, even her husband. As she explains here, it was her doctor that told her the truth.

For a really long time I thought I was broken mentally or physically in some way, I thought it wasn't normal to not want to have sex with people.

Friends of mine would be talking about boyfriends they'd had or celebrities they'd like to bed, and I just didn't think about anybody in that very specific, sexual sense.

When I was in my early twenties I really started noticing it, but I didn't talk to anybody about it because I just thought, "They're going to think I'm well strange," so I just kept quiet.

I'd met my boyfriend – who is now my husband – when I was 19, and I didn't know what asexuality was then, so I just thought I was bonkers or really behind the curve or something.

I was thinking, "I absolutely love this man, and if he proposes to me I will 100% say yes because I know I want to spend the rest of my life with him, so why don't I want to sleep with him? That's crazy.

We sort of went on a bit of journey of discovery together, me and the hubby. He was very much, "I am in love with you. I will wait as long as it takes, if it ever happens."

He was really supportive and never tried to make me do anything I wasn't comfortable with.

Societal norms suggest that sex and children are the way forward in a relationship and all my friends were going off and getting married and having babies. I thought, "Oh God, there's this expectation that I should be sleeping with my husband and having children."

I started having a recurring nightmare that my husband was going to leave me for somebody who looked exactly like me but who would actually sleep with him, and I got to a point where my own anxieties were making me almost unbearable.

I thought, "Do you know what? I've got to sort this out, I've got to find out what's going on."

I made the massive mistake of searching the internet for medical reasons that might cause low sex drive. That was a mistake, an absolute mistake. There were lots of little things that were easily fixable like dodgy hormone levels, but the one that caught my eye was brain tumours.

She was like, "Calm down, you're probably just asexual."

So she pointed me towards some websites – and it was like I'd found my people, it was so exciting.

I'd never heard the term "asexual" before.

I did some more research and I started feeling a lot more comfortable in myself, so I spoke to my husband about it and I said, "This label does kind of take things off the table permanently."

And he pretty much just said, "Well, I'd kind of assumed that anyway, so it's fine."

He's been absolutely great, he's been so understanding. I like to think it's because of my shining personality that he thinks, "I've got to hold on to that one."

It's a very biological process for me rather than an arousal kind of thing, if that makes sense, and I don't want to involve other people, not even my husband.

It's like, "Yeuch, here's this feeling, I'll go deal with that."

I almost disassociate from it.

"I'm 60 years old and have never knowingly met another person who is asexual. I had never even heard it publicly acknowledged." – Lucy

"When I first discovered that I was asexual, I tried to come out to a few people, and while some were very open to it, I've had some very negative reactions. A group of team mates from my university sports team decided to arrange a night out for me to 'help' me get laid, when they discovered that I hadn't had sex, not caring that it was due to my asexuality." – Scott

"I have been met with scorn, disbelief and disgusted looks when I have shared my asexuality with other people. People have told me that 'it's not a real thing' and that 'I'm making it up for attention.' I have only now begun to think of myself as a whole human being, with no 'missing pieces'." – Anonymous, 14 years old

"I don't have a problem with physical contact. It's just I don't see any others as sexual prey… Even though I have never discussed this with my wonderful mum, she is not blind to the fact that I live happily alone, child-free and have no interest in dating. She has even been on the brink of tears, concerned that – and I quote – 'It might be something I did that made you… not normal.'" – Dani

Asexuality is a spectrum and there are a lot of asexual people who, once they've built up a relationship with a person, feel comfortable having sex with them. But for me, any time I've ever got close, my whole body's been like, "No, no thank you, stop that now, not having it."

It's just the kids thing – people that I tell almost always immediately say, "Oh my god, but how are you going to have kids, though?"

Well, there are a lot of ways that I could have kids if I wanted them, it's not completely out of the realms of possibility.

I've only been aware about asexuality for about three or four years. I like the label ACE [short for "asexual"]. I find it almost comforting, and it has really helped me understand who I am, how I behave and how my mind works.

I do celebrate being ACE, I'm quite proud of it, and I do like to talk about it because I would like more people to understand it and not judge people for not wanting to have sex. I think if I'd known what asexuality was back when I was 18 or 19 my mental health could have been a whole lot better for most of my twenties.

Funnily enough, before I discovered asexuality my husband used to call me Stace Ace.