Why feeling guilty may make you a better boss - MyJoyOnline.com

Why feeling guilty may make you a better boss 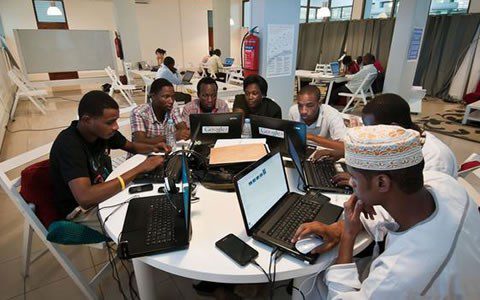 What character traits make a great leader? Decisiveness, confidence, intelligence… guiltiness? Recent surveys suggest that a sensitivity to feelings of guilt can be good for business, society and the individual.

Every November it’s the same. In countless offices, factories and shops, the boss is asking for a volunteer.

Someone needs to organise the Christmas party. It’s not a big job, recent joiners are assured. You just need to find a venue – nothing special, just somewhere that caters for vegans, carnivores, the wheat-intolerant and those on diets. With at least four pricing options.

You will need to take the orders to the restaurant – make sure they don’t mess them up or you will get the blame. And as for the money for the deposit, well, your colleagues should pay you back by Christmas this year or, failing that, Christmas next year.

But although organising the office Christmas party is often a thankless chore, someone always volunteers to do it.

This was exactly the kind of situation that intrigued Rebecca Schaumberg, a graduate student at Stanford University’s School of Business.

“Why would people take charge in a group situation when there’s not really an incentive to do so? We started thinking maybe they just feel really guilty about not doing it.”

Many psychologists believe we vary widely in the extent which we are susceptible to feelings of guilt, and that the emotion can be a spur to action. Some people stay late on a Friday night to finish a piece of work, knowing they won’t enjoy their weekend unless they do. Other people go home and watch a movie.

“It’s that sort of anticipation of feeling guilt that might lead individuals to emerge or take on leadership roles,” says Schaumberg.

She and her colleagues conducted experiments with volunteers in the US. The participants were asked to fill out a questionnaire containing a number of hypothetical scenarios, such as “You are driving down the road, and you hit a small animal.”

Each scenario was followed by a range of emotional responses and the participants had to select one that matched how they would feel. This allowed Schaumberg and her colleagues to gauge their “guilt proneness”.

The participants were then asked to complete group tasks in which they had an opportunity, but no real incentive, to take charge. It became clear that the higher someone’s level of guilt proneness, the more likely he or she was to step up as a leader in the activity.

The team also examined performance feedback for people in real management positions. They found that those who were more prone to feelings of guilt were more often judged by their colleagues and direct reports to be effective leaders.

The results are striking because guilt is experienced as a negative emotion. Previous studies have suggested that what psychologists call “positive affectivity” – being upbeat – can contribute to effective leadership.

Schaumberg believes that the reason for the findings might be the greater sense of responsibility for others that guilt prone people feel. Guilt prone leaders are also acutely aware of their own past mistakes.

“One of the questions about guilt that I think is the most interesting, but still unanswered is: ‘For whom do people feel guilty?'” says Schaumberg. “When we think about the bottom-line driven banker on Wall Street, we tend to think that they should feel guilty towards society.

“But in fact they may feel guilty towards their organisation or the people they work for.”

How guilt prone are you?

Here are four questions from the Guilt and Shame Proneness Scale, devised by Taya Cohen and her colleagues:

After realising you have received too much change at a store, you decide to keep it because the sales-clerk doesn’t notice. What is the likelihood that you would feel uncomfortable about keeping the money?

You secretly commit a felony. What is the likelihood that you would feel remorse about breaking the law?

At a co-worker’s housewarming party, you spill red wine on their new cream-coloured carpet. You cover the stain with a chair so that nobody notices your mess. What is the likelihood that you would feel that the way you acted was pathetic?

You lie to people but they never find out about it. What is the likelihood that you would feel terrible about the lies you told?

Another researcher, Taya Cohen from Carnegie Mellon University, has looked more directly at the correlation between guilt proneness and ethical action.

She and her colleagues assessed participants – again in the US – on their levels of guilt proneness and then set them tasks to measure how ethical their behaviour was.

In one hypothetical task, respondents were asked whether they would exploit a legal loophole to do business in a country where it was illegal to do so because of human rights violations. Forty-one per cent of participants with low guilt proneness said they would probably or definitely exploit the loophole, whereas only 25% of people with high guilt proneness gave this answer.

In her paper, which concludes that people with high guilt proneness are less likely to act in unethical ways, Cohen suggests that the findings are relevant to the selection of partners not only for the boardroom but also for the bedroom. She writes that “it may be wise for seekers of ethical friends and lovers to be mindful of guilt proneness when selecting new companions”.

And yet guilt proneness is not often highlighted on dating sites and unlike GSOH (good sense of humour), VGP (very guilt prone) has yet to become a popular phrase in lonely-hearts columns.

At present someone who describes himself or herself as guilt prone might be taken for a neurotic.

For Cohen, that’s not quite right. “Being guilt prone does not mean that a person is perpetually feeling guilty for things that they haven’t done,” she says.

Both Cohen and Schaumberg also make a clear distinction between guilt and shame – a trait linked to low self-esteem.

Whereas guilt is a negative evaluation of a particular action, shame is defined by these researchers as a negative judgement on the whole self. Let’s say that you feel bad about running over a small animal late at night, while you were feeling tired at the wheel. A guilty reaction would be to blame yourself for your inattentive driving. A shameful reaction would be to see yourself as a stupid, careless person.

Because shame is such a painful emotion, it is thought that people who suffer from it are more likely to externalise their behaviour by blaming others or the environment. Shame-prone drivers might blame their car, or whatever had kept them up so late, or even the small animal for running under their wheels.

The animal itself will probably be beyond repair, but guilt prone drivers might just be a little more careful in the future.

If guilt proneness is so positive, should we be encouraging it? Should aspiring leaders attend lectures on their MBA courses on how to feel worse about their actions?

“I don’t think management courses should start trying to induce guilt in others,” says Schaumberg. “But rather to teach them that guilt is an ‘all right’ emotion, as opposed to saying it’s bad to experience negative emotions.”

So if you tend to feel guilty about every little transgression, relax. Feeling guilty, it seems, is nothing to feel ashamed about.