Why Lydia Alhassan is running unopposed in NPP primaries 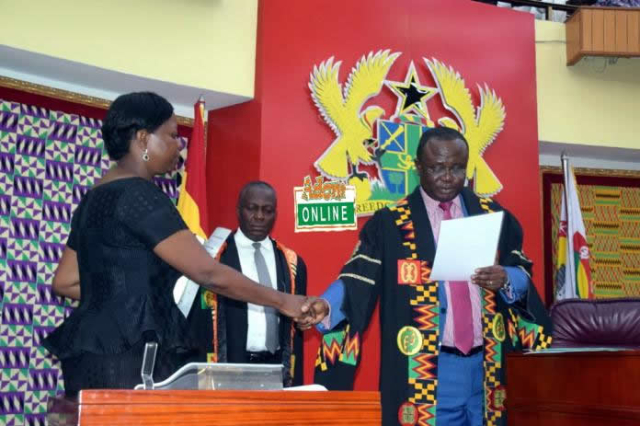 The National Organiser of the governing New Patriotic Party (NPP) has said the party’s Ayawaso West Wuogon MP will run unopposed in the upcoming primaries.

Sammi Awuku explained Lydia Alhassan has only held the office for a year; owing to a by-election in January 2019 after the previous occupant passed on.

At the time of the December 2020 general elections, Ms Alhassan would have been in power for two years.

Per the party’s recently adopted conventions, an MP who came to power through a by-election and holds the position for two or less years to a general election would be allowed to contest unopposed, Mr Awuku explained.

He said the only exception to allowing other candidates to contest is if the MP decides not to run for re-election.

“Or unless the said MP displays gross misconduct,” he said.

Since this is not the case, Mr Awuku said Lydia Alhassan would be running unopposed in the Ayawaso West Wuogon primaries of the NPP.

If approved by delegates, the parliamentarian faces a stiff contest from the National Democratic Congress’s John Dumelo who won his party’s primaries in August 2019.

Mr Dumelo, actor, farmer and philanthropist is bidding for his first national political office and hopes to wrestle the seat from the governing party.

DISCLAIMER: The Views, Comments, Opinions, Contributions and Statements made by Readers and Contributors on this platform do not necessarily represent the views or policy of Multimedia Group Limited.
Tags:
Ayawaso West Wuogon
Lydia Alhassan