Why my admiration for Jordan Ayew has waned 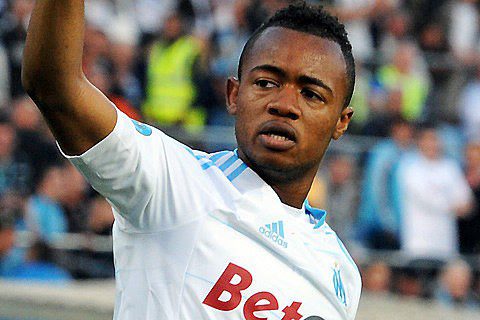 My admiration for the two sons of the legendary Abedi Pele has become what a mathematician will describe as ‘inversely proportional’ and it saddens my heart. In other words, as I wake up every day with a growing admiration for the Maestro’s elder son Andrew Dede Ayew, my admiration for the younger one, Jordan Ayew, continues to wane even as I struggle not to allow that to happen.

When in 2008, many were questioning then Stars’ Coach Claude Leroy’s decision to give Dede Ayew a call-up into the Black Stars team in the run-up to the Nations Cup. I was one of the few who thought it was a good move. My conviction, as always, has been that, when you identify a talent, and a good one at that, there is the need to help build him into what you want, hence my stand on the issue.

Many, who at the time, disagreed with me and many others who thought like me, later ate the humble pie the young lad provided them with at the Africa and World Under 20 tournaments held in Rwanda and Egypt respectively. So sweet was the pie provided by Dede that many forgot he was the provider, let alone remember that his journey started with that first but giant step he was aided by Leroy to take.

Dede, like is expected of all senior brothers, took all the bullets for his brother and to some extent, his father; so when his brother, Jordan Ayew was later called into the senior national team, little or no fuss was made about it. And even though Jordan has made more mistakes as a young player in the Black Stars, compared to his brother’s early days in the side, many have shied away from genuinely criticising him let alone being hard on him like they were (hard) on Dede. For the records, I wish to state that I am not calling for any such undue criticisms because as much as I agree with constructive criticisms, I do not subscribe to what, in many cases, are personal attacks that are only grounded on personal scores; the kind I believe was visited on Dede Ayew.

A tale of two Ayews

I am not engaged in praise-singing; far from that! My only little worry (if indeed may not be little) is that the wonderful path that was cleared by Dede for his little brother, Jordan Ayew is being misused. As a player, I admire Jordan for the innate skills he possesses. His skills will come to many followers of football as natural, as it is fast becoming clear that indeed there is a nexus between footballing skills and DNA.

But it is also true that skills alone will not make a player successful as has been the case of many failed talents; hence my bellyache with Jordan Ayew. I am not the type who believes in ‘anything goes’ and for this, you may decide to call me a conservative person and I will not be too worried because there is only a thin line between conservatism and self-discipline.

In that sense, I still struggle to understand why Jordan prefers putting his shorts bellow his wastes, where they are supposed to be, to putting them above them. I am not, in any way, suggesting that Jordan’s way of dressing is affecting his performance; no, not at all!

As said by Andre Agassi, the famous Tennis Star, “image is everything” and the earlier he begins to dress in a way that is consistent with the ambassadorial role he plays anytime he wears the Ghana jersey, the better it will be for his own image, that of the ‘Ayew Brand’ and most importantly, the father’s image that has brought them this far.

In most cases, Jordan’s way of dressing connotes lack of seriousness and what may add credence to the public opinion that he does not take Ghana’s games seriously. The fact that we do not see him dress this way when he plays for his club side, Olympique Marseille also fuels this speculations.
Football is a game that is largely dependent on the fans and I want to say, without the intentions of being a prophet of doom, that very soon, any non-performance of the Stars may be zeroed in on Jordan’s way of dressing.

Many are the reasons Ghanaians have ascribed to the non-performance of our teams and I do not wish to see a boy whose family’s footballing history I have followed and admired so much fall a victim to some of those unwanted vitriolic comments, especially when that has not been the posturing of his father, brothers or uncles. The ‘Ayew legacy’ must live and must be protected even in the court of public opinion.
Email: Joshua.tigo@gmail.com