Your appraisal follows you throughout your life – MD of FBNBank Ghana 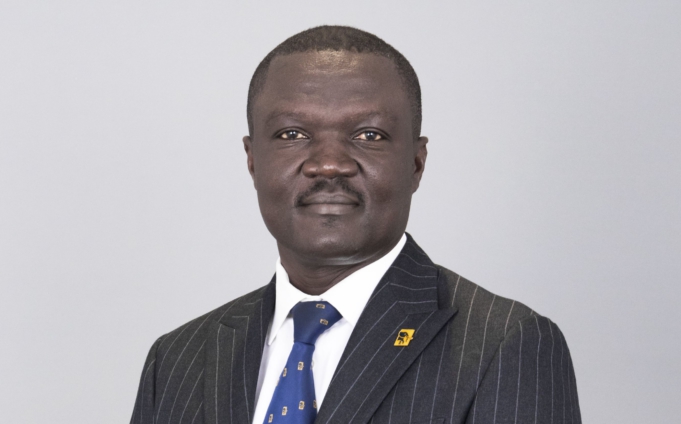 The Managing Director of FBNBank Ghana, Victor Yaw Asante, has stated that in order to advance in his career and life aspirations, he had to be competitive, bearing in mind that one’s appraisal or performance follows him throughout his life.

Narrating his personal life and career experiences with Lexis Bill on Joy FM’s “Personality Profile,” Mr. Asante spoke about his student days at the Kwame Nkrumah University of Science and Technology where he picked up a first degree in Agric Economics, through to his MBA programme at the University of Ghana, to Unilever, Merchant Bank (now Universal Merchant Bank) then to Standard Chartered Bank and later to First National Bank and now FBNBank Ghana.

Answering a question as to what got him to be MD for FBNBank Ghana, Mr. Asante explained that at every juncture in one’s career your performance and behaviour would come up for assessment. And that would determine which direction you went from there.

He stated that in the case of his move to FBNBank “it’s the same thing. It boils down to ‘do you know your job; do you know your market? What do people say about you? Because your appraisal follows you throughout your life.

“They are going to ask people because a job like an MD is not going to be based on how they invited you and how you spoke, how you know your market only. They also have to check the soft skills, they have to check on people who have worked with you and ask about your people skills and all of that, so I believe after all the due diligence and so on, they said this is the man.”

On his move from Merchant Bank to Standard Chartered Bank (StanChart), Mr. Asante indicated that it was purely because he wanted the challenge the opportunity offered and not for the money.

According to him “StanChart then was the Mecca of banking I have to say. Their swag was slightly better than yours. You realise that they went to places like Kenya, Uganda, South Africa. Their training was different and that was completely true.

“You know, you have to always look out for the next challenge. I didn’t feel challenged there (Merchant Bank), you could see that you were missing something. Once you get to that stage there’s no stretch, it’s too comfortable”.

He added that “It’s better to go out there to get stretched, particularly at the early part of your career where you really need to make sure that you are training yourself and get yourself ready for the bigger times.”

Mr. Asante revealed that in all these one’s interpersonal relationships is very key. Situating this in the context of his role as MD at FBNBank, he explained that, “the first thing you do is to carry people along.

He explained further that he was able to connect with his people at FBNBank over a six-month period of internal roadshows and other engagements in addition to being very open with them, adding that “I just basically opened myself up because, people are sceptical, they block, they wonder if you are going to be any different.

“And it’s up to you, it’s not up to them, to prove to people that you are authentic. People are always looking out for authenticity, so when you promise you must deliver.”

He stated that with people it is necessary to stay connected and also one must be willing to receive feedback.

“Each time you reconnect, go back and tell people that this is where we are going. Tell them how far you have come, what hasn’t worked, what you must change. Get feedback. Let them also tell you what they also think can be done right because sometimes people know more than you think they do but nobody has asked them so they don’t tell you anything”.

Mr. Asante disclosed that it is quite an arduous task being an MD of a Bank. However, he does not do this singlehandedly because he has a good team which complements his efforts.