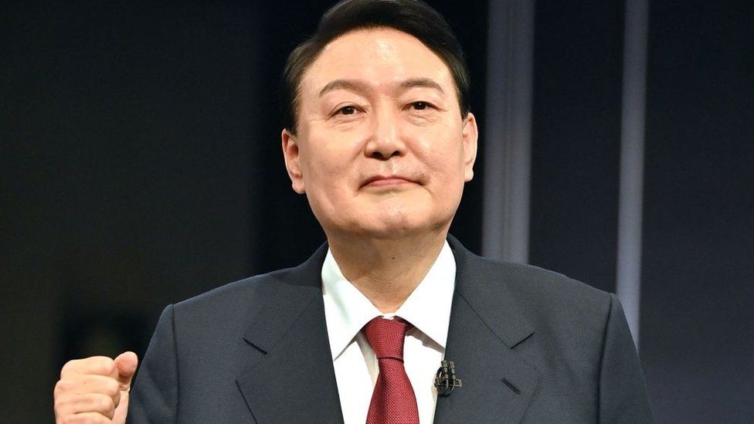 Yoon Suk-Yeol who represented the main opposition People Power Party (PPP) was elected as the new President of South Korea early Thursday morning, tasked with the mantle of leading the country for the next five years as South Koreans go to the polls every 5-year tenure.

In the early process of counting, Yoon was leading his rival ruling Democratic Party of Korea (DPK) candidate Lee Jae-Myung by 0.8 percentage points, and Yoon was expected to clinch the victory regardless of the uncounted ballots.

President-elect, Yoon, is 61-year-old and his victory came after he staged one of the closest races in Korea’s presidential elections. In the exit poll which was conducted by three broadcasting firms in South Korea, that is, KBS, MBC and SBS; Yoon won 48.4 per cent of the votes and the ruling party candidate with 47.8 per cent.

However, in the past, the smallest gap before this year’s Wednesday 2022 election was the 15th presidential election in 1997. The National Congress for New Politics candidate Kim Dae-Myung won over Hannara Party candidate Lee Hoi-chang by 390,557 ballots cast.

In this year’s 2022 elections, during the counting process, the DPK candidate Lee had an early lead, outpacing the PPP candidate Yoon by 3.6 percentage points as at the time when only 10 per cent of all votes were counted.

Fast forward, the gap quickly lessened to 2.55 percentage points as at when 30 per cent was counted, and then-candidate Yoon took his lead after midnight of Wednesday.

Yoon then sailed onto victory by retaining a gap of 250,000 ballots, with projections from broadcasters anticipating his seeming victory when nearly 90 per cent of all ballots were counted as at then.

Yoon is expected to be declared president-elect after the South Korean National Election Commission’s (NEC) official confirmation, and then he takes over the presidential mantle from President Moon Jae-in on May 10, 2022.

Statistically, the total voter turnout for Wednesday’s election was estimated at 77.1 per cent, which was below earlier anticipation that the number may pass above 80 per cent for the first time in 25 years. It was rather a 0.1 percentage point lower than that of the previous presidential election in the year 2017.

Per the norm in the South Korean political arena, after the NEC’s confirmation of Yoon’s victory, the Presidential Secret Service will be in charge of Yoon’s security, thereby according him the privileges of a president-elect.

In other news development, the DPK presidential candidate Lee is reported to have admitted defeat in a press conference before the PPP candite Yoon announced his victory.

Well, it is a new change of political leadership through the ballots in the Republic of Korea. Wishing the people of Korea, the best of the years ahead of President-elect, Yoon’s administration.

Democratic tenets once again deepened in this part of Asia amid the covid pandemic and a time of political turmoil in other parts of the world. From the shores of Ghana, we proclaim, that, may freedom, light and love prevail globally; Victoria Acerta.

South Korea holds elections on a national level every 5-year tenure to elect their president (only for a single 5-year term) and the National Assembly members.

Their National Assembly has 300 members, with 253 in single-seat constituencies and 47 members by proportional representation.

Zinleri Richard, a Ghanaian residing in the Republic of Korea. Email: rzinleri@gmail.com