Manchester United ended their run of four Premier League matches without a win in emphatic style, Zlatan Ibrahimovic grabbing a brace and Paul Pogba another in a 3-1 defeat of Swansea City.

World record signing Pogba has been slow to re-adjust to life in the Premier League but set the ball rolling with a stunning effort on the volley that flew past Lukasz Fabianski.

Shortly afterwards, it became the Zlatan show, the United striker beating Fabianski from similar distance before holding off Angel Rangel and smashing home from close range. 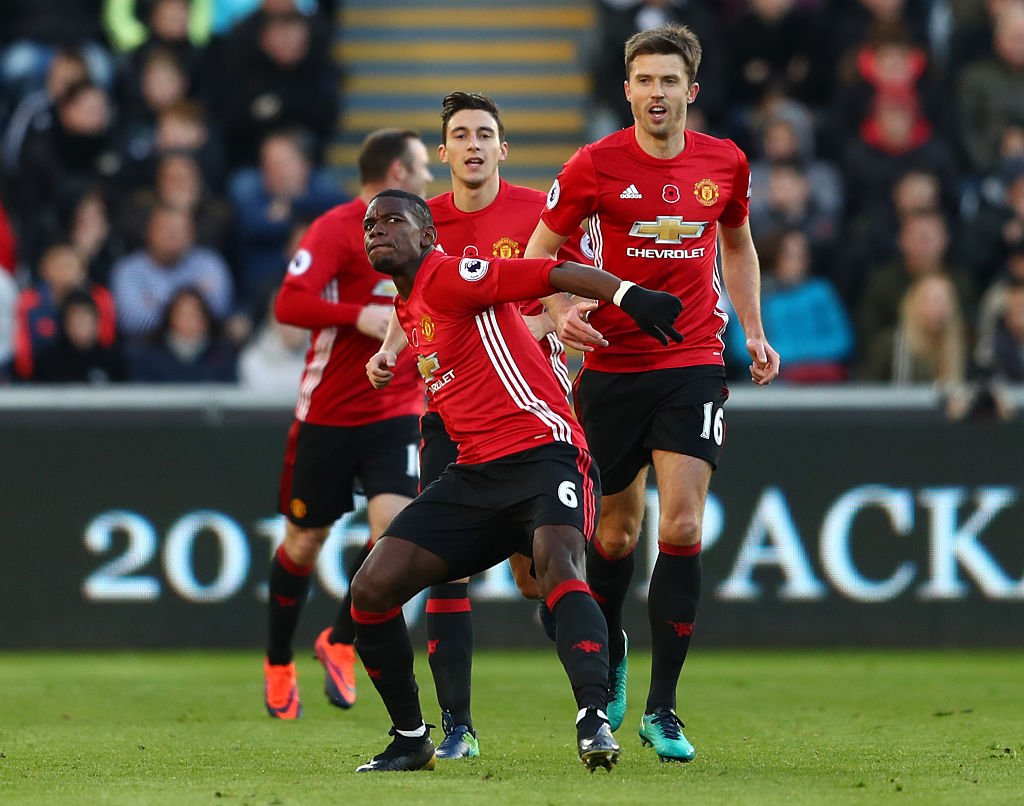 Swansea were much better in the second half after Bob Bradley brought on Jefferson Montero and Modou Barrow and they pulled a goal back through the head of Mike van der Hoorn. But United ran out comfortable winners and were worthy of the three points on the day.

United’s victory lifts them above Everton to sixth in the table but Bradley’s troubled Swansea remain at the foot of the Premier League, level on points with Sunderland.