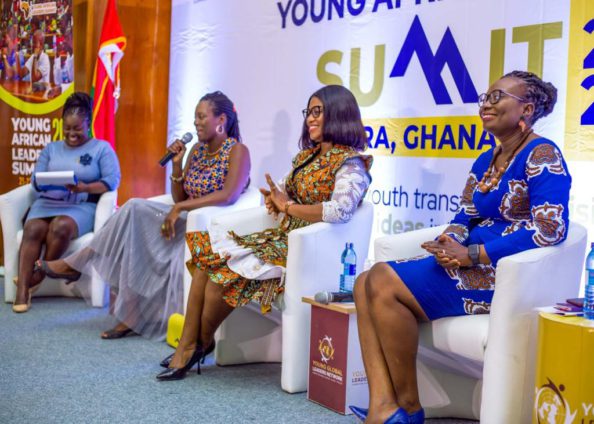 Research fellow at Science and Technology Policy Research Institute (STEPPRI) of the Center for Science and Industrial Research (CSIR), Dr Portia Adade Williams has revealed that over US$1.5trillion has been pumped into climate change research in Africa.

According to her, a study done on funding flows for climate change research in Africa showed that between 1990 and 2020, about USD 1.51 trillion of research grants from 521 organizations around the world have invested in climate change.

She however noted that at most 3.8 per cent of the global funding for climate-change research was spent on African topics – a figure insufficient with Africa’s share of the world population and vulnerability to climate change.

Dr Adade Williams made this known during a two-day summit for Young African Leaders (YAL) held at the Accra International Conference Center (AICC) under the theme; ‘African Youth Transforming Vision and Ideas into Action’.

She noted that the current trend does not help in fighting against climate change on the continent because institutions outside Africa work in accordance with their interest and are not specific to that of Africa because seven out of 10 countries in the world affected by climate change are African countries.

Adding to this, a senior research scientist at the STEPRI, Mrs Justina Onumah, made a passionate appeal to government to commit to research funding.

She explained that research done at CSIR are mostly donor-funded and with donor-funded researches, they are mostly driven by donors’ agenda; therefore there is little a researcher can do when being directed on what and where to focus.

She mentioned that funding plays a significant role in directing research priorities therefore government should pay attention to that area.

Climate Atache, at the Commonwealth and Development Office, Beverly Okoye, also gave an explanation on climate and reiterated that although COP 27 is over, there is still more to be done especially in terms of resolutions passed.

She, therefore, called on all and sundry to help in the fight against climate change especially in Africa and specifically Ghana.

It was made known that Africa can lead the fight against climate change by building the capacities of the youth and also by reducing livestock rearing, cutting down of trees and also ban the importation of electronics that emit radiation.

DISCLAIMER: The Views, Comments, Opinions, Contributions and Statements made by Readers and Contributors on this platform do not necessarily represent the views or policy of Multimedia Group Limited.
Tags:
Africa
Climate Action
Climate change
Research
Young African Leaders Summit 2021