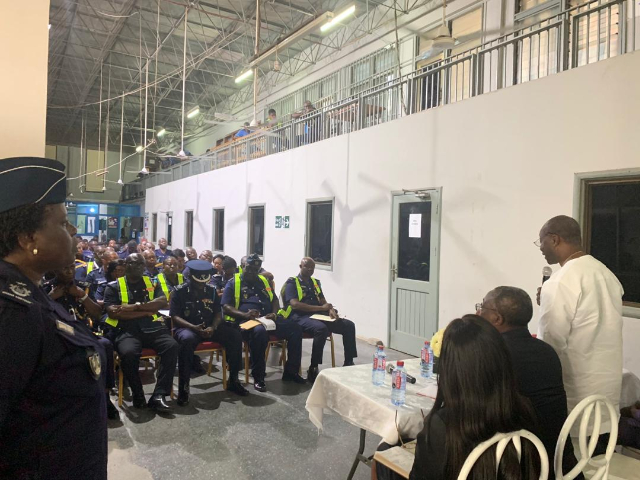 Some 20 Customs officials at the Tema Port have been put on transfer after Finance Minister, Ken Ofori Atta and Transport Minister, Kweku Ofori Asiamah paid a surprise visit, Thursday.

They were put on immediate transfer for what sources are describing as “continued” non-performance by these officers.

First quarter data from the Ghana Revenue Authority showed that the Tema port struggled to meet its revenue target, due to challenges in implementing new tax reforms and “high rate of smuggling.”

Ghana’s ports have played critical roles in raising revenue for the country and any shortfalls turn to affect the national revenue targets.

Finance Minister, Ken Ofori Atta, says he is confident of meeting the end of year GH¢57.7 billion revenue target despite challenges with the first quarter collections.

The government ended the first quarter of this year mobilising a little over GH¢10 billion which is about GH¢2 billion short of its GH¢12 billion target for the first three months of 2019.

The country over the years has had some challenges with revenue mobilisation in terms of raising the required taxes to march the level of economic activities.

The government last year projected to collect about ¢40 billion cedis but missed out on this target by a little over 5%.

The Country’s tax-to-GDP ratio is said to be around 12%, even though according to the Finance Minister, the government should be doing about 20%.

There have been calls on government to review the tax exemptions granted to investors and businesses, which experts say is causing it to lose more than $2 billion.

But while some analysts have blamed this challenge on the current structure of the economy which makes it difficult to mobilise the required revenue, others have blamed it on the mechanism used to collect these taxes.

DISCLAIMER: The Views, Comments, Opinions, Contributions and Statements made by Readers and Contributors on this platform do not necessarily represent the views or policy of Multimedia Group Limited.
Tags:
Ken Ofori Atta
Kweku Ofori Asiamah