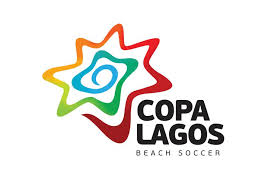 The 2014 COPA Lagos Invitational tournament opening match will see  debutants, Ghana’s Beach Soccer team, the Black Sharks (ranked 10th in Africa) face the might of Host nation Nigeria who are ranked 3rd in Africa on December 12.

Founded in 2011, COPA Lagos is organized under the scope of the BSWW Tour – the FIFA-recognized entity behind the creation and growth of Beach Soccer. In addition to the international dimension, the event aims to have a strategic role in developing beach soccer in Nigeria.

Day 2 of this year's event will see the Black Sharks pitch themselves against Switzerland before playing neighbors Ivory Coast in the last round robin game. The three-day event will be the prime family event that celebrates every sphere of life ranging from music, fashion to entrepreneurship and sports – a complete package for every member of the family.

With an influx of new talents from the league, the Black Sharks stand to benefit immensely  from should they partake in the event billed to kick off on December 12.

Ranked 71st in the world, Ghana's only previous show in a continental competition came at the 2013 African Beach Soccer Championships in Morocco where they lost to the hosts and Madagascar and Senegal but managed to score six goals.

Other Side Attractions for this year's competition include Fc Barcelona locking horns with Pepsi Football while Enyimba take on Stationery Stores.