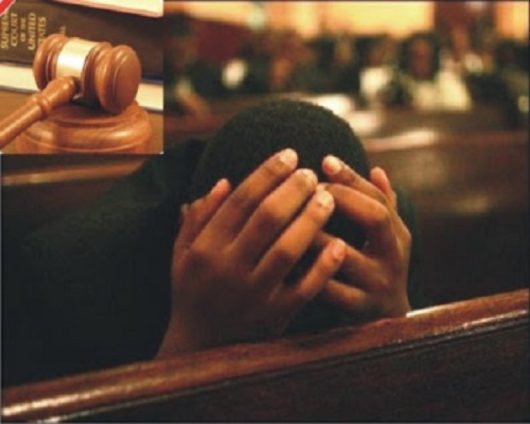 An Accra Circuit Court has sentenced four persons to a total of 60 years imprisonment in hard labour for snatching a Daihatsu taxi cab valued at ¢22,000.

They also denied causing hand, finger and back wounds to David Anku, the complainant and victim but were found culpable after trial.

Meanwhile, Francis Addy, a driver, was acquitted and discharged on the charge of dishonestly receiving the stolen car.

General Sergeant Thomas Sarfo, the prosecutor, told the Court presided over by Adelaide Abui Keddey that Anku resided at Gbawe whilst Obeng lived at Auntie Aku, Quaye, and Asamoah at Odokor and Odokor Official Town, respectively and Lartey at Anyaa.

On September 16, 2020, the Court heard that at about 0315 hours, the complainant was in charge of Daihatsu cab with the registration number GS 5742-20 within Dansoman Junction when Obeng hired him to Awoshie at a fee of ¢15.

He said on reaching a section of the road at Onyinase-Awoshie, Obeng instructed the complainant to park the car so he could take the fare from his friend.

The prosecutor said Lartey surfaced and, at gunpoint, pulled the driver to the back seat.

Quaye and Asamoah rushed on the victim and started beating him with screwdrivers and broken bottles because he struggled with them.

The prosecutor said, as a result, Anku had a finger slashed, sustained several screwdriver pinches at his back as well as wounds on his head from the broken bottles.

He said Quaye took charge of the steering wheel and drove the car away until they reached Anyaa, where Anku was pulled out of the car.

The prosecutor told the Court that Anku was robbed of the cab and his cellular phone valued GH¢150, cash of GH¢630, his wedding ring, tools, and gearbox belonging to another car, were stolen.

He said the gang met Addy at Ablekuma, where he took the vehicle and sold it at GH¢5,000, giving the proceeds to Lartey, who shared it among the four.

The prosecutor said while a formal complainant was being lodged with the Anyaa Police, eight people were brought to the Station by the police patrol team, and Anku identified Obeng as one of his attackers.

He said Anku was issued with a medical form to attend hospital, and during investigations, Obeng mentioned Quaye, Asamoah and Lartey as his accomplices, leading to their arrest.

The prosecutor said four days later; intelligence led to the arrest of Addy.