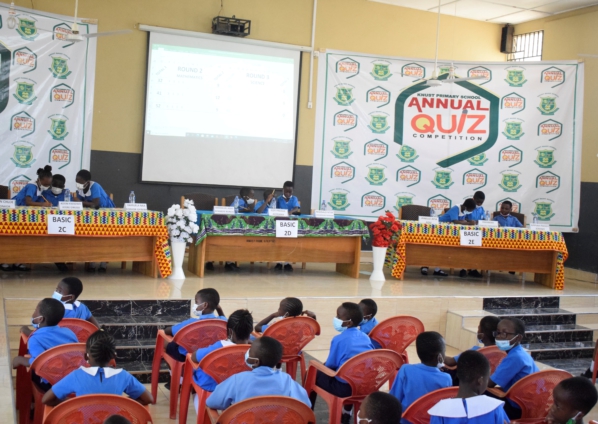 The 5th edition of the annual Kwame Nkrumah University of Science and Technology Primary Inter-classes Quiz competition commenced on Monday.

Pupils from Primary One to Six are expected to battle it out for the ultimate prize.

Pupils of primary 2A, 2B and 2F were the first to take the big stage followed by another competition between primary 2C, 2D and 2E.

“To reinvent the educational system and give pupils a break from traditional classroom learning, there is a dire need to revive the quiz culture in our schools.

“In addition, technology can act as a facilitator by bringing innovation to quizzes and ensuring active participation amongst pupils,” he noted

He believes quizzes redefine the educational system in significant ways.

“In the educational context a quiz serves as a brief assessment to gauge the skills, abilities, and knowledge of pupils

“This will help to redefine the educational system in significant ways,” he emphasized.

Five classes are yet to battle it out in the next inter class competition.